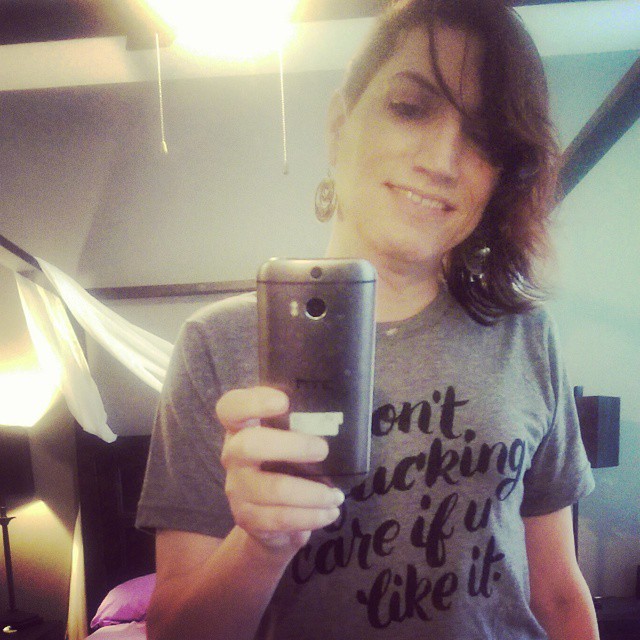 I'm a trans woman (she/her pronouns), queer, VP Engineering at BlackLocus, and Board Member at the Lilith Fund for Reproductive Equity. I was a National Merit Scholar at UT Austin at 17, but dropped out after my first year due to depression from being in the closet. After working in environmental advocacy and then failing at being a graphic designer, I got my start in the tech industry in 1995 at Apple. I began in the technical support call center, moved to systems administration, and then became a software developer. I left Apple in 2000 for the lure of startups. Prior to joining BlackLocus as the first employee post-VC-funding, I was a Lead Developer at Netspend, Technical Architect at Tangoe, and Lead Developer at Lombardi Software, among others.

Unable to put on my dude costume another single day, I finally decided to start transitioning in the fall of 2013, and came out publicly as transgender in the spring of 2014. Outside my professional life, I'm heavily involved in reproductive justice, and spend way too much time on Twitter (@SchellAgain). I also have two amazing kids with my awesome ex-wife, ages 8 and 11.