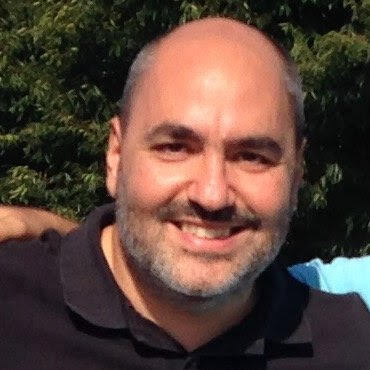 Felix has been coding ever since he can remember and his first English book was Kerninghan and Ritchie's classic "The C Programming Language". As a young boy he was glued to the TV set every time Carl Sagan's series Cosmos was on and got inspired to come to the U.S. and study physics. He holds a Ph.D. In Nuclear Physics from Stony Brook University where he spent his time building particle detectors and software to analyze the Quark-Gluon Plasma emerging from the Relativistic Heavy Ion Collider at the Brookhaven National Lab. He continued his research at Columbia University as a post-doctoral researcher and then decided to transfer his skills to Wall Street. He is a 10 year veteran at Bloomberg LP where he currently designs large scale validation systems for financial data.
Felix is passionate about Python and teaching coding to the masses. He is deeply aware of the lack of enough scientists, mathematicians and engineers to satisfy the job market needs and wants to help people transition their careers to technical fields where jobs abound. When he saw Carl Sagan's picture on the chalkboard at General Assembly he knew he had come full circle.