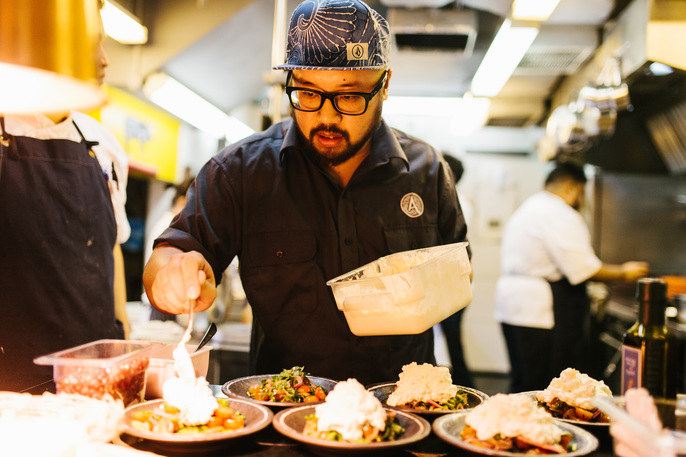 Slinging around a devil-may-care attitude seldom seen in Singapore’s restaurant scene, Bjorn is not your candy-coated, play-it-safe kind of guy. He openly confesses to having a rebellious streak; and this brazenness is exactly what makes his style so distinct. As a local pioneer of "dude-food", Bjorn often uses tradition as a platform for what can sometimes be seen as reckless creativity.

Outside of the kitchen, Bjorn is also an adjunct lecturer at the Culinary Institute of America in Singapore, the Asia-Pacific chef ambassador for United Nations project “Recipes for Change” and resident chef columnist for Time Out Singapore. Bjorn is also the author of popular cookbook “Artichoke – Recipes and Stories from Singapore’s Most Rebellious Kitchen”. Bjorn's other career achievements include representing the Singapore Tourism Board at overseas events, and being named Chef of the Year in 2013 by SC Global.