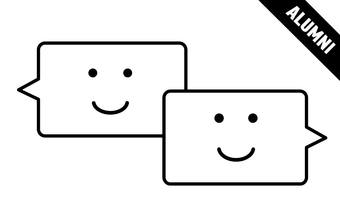 Please join us for the first gathering of DataSciVR meetup!

DataSciVR brings together developers, data scientists, curious minds, thought leaders, and stakeholders with their finger on the pulse of innovation. Join us in exploring the intersection of Data Science and Virtual Reality!

Given the nascent state of VR, a great deal of experimentation remains to be done to determine how how this technology will advance data science. DataSciVR is a place to discuss those experiments, create a network of expertise, work on projects together, and share our enthusiasm.

In our first meetup we'll look at the opportunities for Social Impact through the nexus of Data Science and Perceptual Tech.

We're excited to feature presentations by:

Dr. Yuchen Zhao is the chief data scientist at AppDynamics. He obtained his PhD from the University of Illinois at Chicago in data mining and machine learning. He has been actively conducting data science-related research both in academia and industry at leading companies including eBay Research, IBM Research, Microsoft Research Asia, Linkedin, and several startups. He has published over 10 papers in top conferences and journals and a number of patents have been filed based on his research findings. He is also serving as program committee member on top data science conferences including ACM SIGKDD Conference on Knowledge Discovery and Data Mining (KDD), International Joint Conferences on Artificial Intelligence (IJCAI), and ACM International Conference on Information and Knowledge Management (CIKM).

Mario de la Vega is the Co-Founder and Head of Product and Experience at Variable Labs, a company that creates immersive tools to educate, foster empathy, and change behavior. Variable Labs' clients include Google, the United Nations, Discovery Communications’ and the XPRIZE Foundation. Mario came to digital programming from independent film. His first feature, Robbing Peter, received four IFP/Independent Spirit Award nominations, including nominations for the John Cassavetes Award (for best feature under $500,000) and Best First Screenplay. His script, The Undeniable Charm of Sloppy Unruh, won the screenplay section of the Tribeca All Access program. In 2004, de la Vega was named in Filmmaker magazine as one of the 25 Faces to Watch in Independent Film.

Her introduction that kicks off the first MeetUp, will provide some indication of why she has been named a Futurist by Ross Dawson as one of the world’s leading female futurists. Liza will highlight epic adaptations emerging (and at present in progress) due to still further associated data, and how this percussion will signal profound shifts in all things from expanding geographical boundaries, to the perception of personalized vitality visualizations, to what embodies individual and collective interaction driving a system giving rise to a host of new entrepreneurial models (and incentivized interaction for conscious transaction), to the concept of "reality" involving a fresh reborn strategy for the individual and collectives to thrive. From the dawn of man the use of Visual Aids have improved comprehensive interpretation, analysis and interaction of personal vital data, as well as exchanging financial data. Liza will briefly introduce the history of advanced visualizations for qualitative data as necessary tools to illuminate the brightest most stable predictive analyses, thus introducing perceptual VR technologies as an essential option for delivering and decoding data.

Jerry Isdale is a toolmaker who has researched and utilized VR at various levels for over a decade; working with individuals such as Anouk Wipprecht. Jerry will be presenting on introductory VR and how to drive VR into the future environments such as social impact in multimedia education and a guide for personal and knowledge exploration.

Attaining Your 2022 Career Goals: Hack your Way Into A Software Role