Join General Assembly and Google for a conversation around the essentials in navigating your career in User Experience (UX).

Through an open forum-style discussion, the Google team will answer the most common questions asked by new and aspiring UXers. During this session, you will hear from UX designers, researchers, engineers, and managers on how they have gotten to where they are today. Topics we will cover include:

Have a question you want to ask the panel? We will send a survey out to all RSVP’ed.

Nick Anderson is a designer, developer, and educator based in Denver. He’s created digital solutions for dozens of brands in over a decade of agency and product experience including Bacardi, Rovio (Angry Birds), Sonic Restaurants, and more. Currently, he teaches User Experience Design at General Assembly and has a long tenure as Board Chair and active member of the UX Product Advisory Board. Nick’s passion project is working as Co-Founder and Senior Lead Dad to his daughter Quinn, alongside his wife Katy and their two cats Gin and Tonic.

In recognition of his exemplary service in the classroom, Nick has been selected as a member of General Assembly's Distinguished Faculty program. Additionally, Nick is a Speaker's Bureau Member - General Assembly’s Speaker’s Bureau is a select group of distinguished faculty members chosen to serve as ambassadors and subject matter experts in data, design, marketing and technology. As an inaugural member, I was identified as a leading expert in Design to regularly share my expertise outside of the classroom by participating in industry conferences, events and other thought leadership opportunities on behalf of GA.

Matt Solis is a UX Designer at Google, where he focuses on making digital collaboration intuitive and accessible for all through Google Workspace. Previously, he architected fraud investigation tools from the ground up as a UX Lead at Experian Fraud & Identity, helped the world's largest airlines manage flight operations as a UX Lead at Honeywell Aerospace, and captured the spirit of Rock n’ Roll as a Graphic Designer at Fender Musical Instruments Corporation. Matt thrives in ambiguity and loves solving complex problems, beautifully. He holds a Bachelor or Science in Visual Communication Design from Arizona State University.

Jane Chang is a UX Design Lead at Google. Before Google, Jane led product design teams in cybersecurity, eCommerce, entertainment and automotive. She is actively involved in student mentorship and has guest lectured at NYU, UC Irvine, UC Berkeley and UCLA. Jane received her MA from Johns Hopkins University and BA from Boston University.

Ellen Chang is a Quantitative UX Researcher at Google, where she's focused on helping companies collaborate and stay connected in Gmail and Chat. Previously, she worked on content strategy for YouTube, spam and abuse models for Google's mobile ads, and actuarial pricing at Travelers Insurance. Ellen holds a M.S. in Statistics from KU Leuven and studied Math and Finance at Arizona State University.

Google’s mission is to organize the world‘s information and make it universally accessible and useful. Since our founding in 1998, Google has grown by leaps and bounds. From offering search in a single language we now offer dozens of products and services—including various forms of advertising and web applications for all kinds of tasks—in scores of languages.

Join Us
In Partnership With: 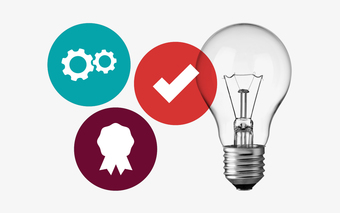 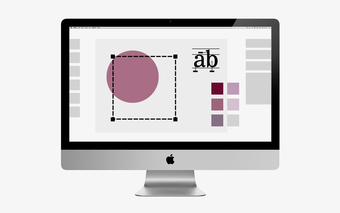 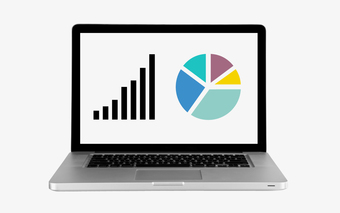 Get the Picture: Creating Infographics and Data Visualizations
Tuesday, 7 December
​