In JavaScript and other programming languages, we represent real-world entities as objects, or collections of key-value pairs. For example, in JavaScript, if we wanted to represent a student who has a name and a favorite color, we can use an object with two keys — name and favoriteColor — and two values associated with each key:

When we want to send these objects as data between two systems, such as a website and the server that runs it, we need a way to format these objects so that they can be read by the receiving server.

JavaScript Object Notation, or JSON, is a style of text notation that’s used to format and interchange structured data. JSON describes how to represent and arrange data sets so they can easily be written, transferred, and parsed by the receiver. JSON is easy for humans to read and write. It’s also easy for machines to programmatically dissect and generate.

Imagine that you signed up for a website with your email address and created a profile with your name and age. Your user profile would appear as a JSON object to the site’s back-end application, which is running on the server and receiving your form submission. This JSON format would allow the application to easily work with your data.

By looking at a document that’s structured using JSON, we can visually interpret data, noting the various relationships within the set, such as what is the parent or child of a certain node (object). In the following example, we can see what owns the “profile” and “account” data by looking at how the JSON document is structured:

Try writing your own JSON object and test its validity using a validator like this one!

Usability has made JSON one of the most popular means of serializing data. With it, data can easily be translated from objects into formats that can be stored (for example, in a file) or transmitted (for example, across a network). JSON can represent four primitive data types — string, number, Boolean, and null — as well as two structured types, object and array.

JSON is an open standard file format that can be used by anyone. However, whomever is reading and writing JSON must adhere to the standards laid out by the ECMAScript specification (JavaScript is based on ECMAScript as well). This standardization makes JSON a great choice when sending and receiving data between two systems, such as an API and a client, or a web server and a client.

A Brief History of JSON and Its Rise in Popularity

JSON is language independent, meaning that many programming languages besides JavaScript have the ability to create and parse JSON. In fact, its conventions and data structure format maps effortlessly to popular object-oriented languages such as JavaScript, Ruby, Java, and Python.

As a a result, JSON can be written in one programming environment and parsed, or read, in another. For example, we can look at the popular Twitter API and see that a tweet is represented using JSON. But, if we want to parse that JSON data — say we want to get a feed of the most recent tweets from a certain user — we can choose whatever programming language we want that can read the JSON format. Twitter itself provides many libraries for consuming its API, but you can also do so by writing your own program.

JSON was originally created in the early 2000s by computer programmer and entrepreneur Douglas Crockford and his team at State Software as a lightweight serialization alternative to XML (Extensible Markup Language). JSON.org launched in 2002 to describe the format, and Crockford specified the format officially in the RFC-4627 documentation in 2006.

Today, JSON usage and developer interest is on the rise while XML usage is declining. According to the online API news site and directory The Programmable Web, of the top 10 most popular web APIs, only one — the Amazon Product Advertising API — supports XML and not JSON. Many of the most popular web APIs support both, and several support only JSON: the Facebook Graph API, Google Maps API, Twitter API, AccuWeather API, Pinterest API, Reddit API, and Foursquare API.

How JSON is Used

When JSON is combined with the AJAX (Asynchronous JavaScript and XML) web development technique, a web browser is able to send and receive data without needing to refresh the web page. Think about submitting a form to update user information on a website: After the user hits the “submit” button, their details are packaged into the JSON format and sent from the client (web browser) to the server. The server can respond with another piece of JSON data, which the web browser can then parse to show feedback to the user. This popular combination of technologies allows for a seamless user experience.

At General Assembly, students learn various skills that rely on the JSON format. Within the full-time Web Development Immersive course, aspiring developers create web APIs that use JSON to communicate back and forth between a client and a server. In our part-time JavaScript Development course and self-paced online JavaScript offering, students learn how to work with JSON within the object-oriented programming language. Additionally, in our full-time Data Science Immersive and part-time Data Science course, students write application code in Python, which has the ability to parse and generate data using the JSON format.

Danny Kirschner is a lead instructor for General Assembly’s Web Development Immersive course in Providence, where he teaches students how to be job-ready full-stack developers. Danny has been writing web apps using Ruby on Rails and JavaScript for more than eight years. When he’s not coding, he enjoys cooking vegetarian food and biking around Rhode Island. 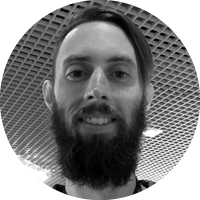