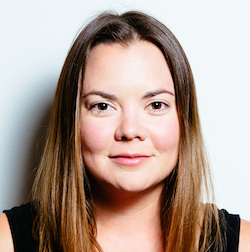 After getting a taste of the startup landscape back in 2009 when she was interviewing (then) fledgling startups like Waze and Shapeways for Contagious Magazine in London, Stacey decided startups were where she wanted to be. Fast paced environment + technology… she was sold.

Stacey left her job to join a fashion tech startup and then returned to Sydney to help to launch and build General Assembly Australia, before founding TidyMe.

She built her MVP for TidyMe in two days and engaged the first group of ‘Tidy Home Crew’ members - contractors in a network of professional independent cleaners across Sydney to provide a new level of service that the local cleaning service currently lacks, with a brand that people actually want in their homes.