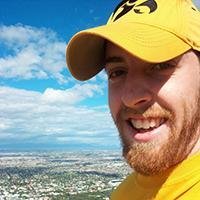 Sean is a self-taught programmer who has been coding at some of DC's most prominent startups and agencies since 2010. After graduating from The George Washington University with a degree in Economics, he stayed in DC and nurtured his interest in programming into a full-time career. Since then he's worked alongside some the city's best engineers using a variety of programming languages and frameworks, but is most familiar with Ruby, Ruby on Rails, Javascript, Backbone and Node.js.

When he's not working on his own crazy schemes and side projects or helping others learn to code, Sean is more than likely traveling around the country playing ultimate frisbee. And no, that does not involve throwing frisbees to dogs.