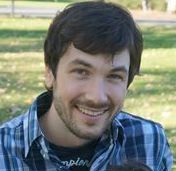 Sam is a teacher, software engineer and game-maker who has been writing code for more than eight years. He graduated from Plattsburgh State University with a BS in Computer Science and is also an alumni of The Startup Institute. He recently left KAYAK to join Patients Like Me, an online patient network headquartered in Cambridge. He has taught with The Startup Institute and volunteers for RailsBridge as well as the Boston Python Workshop. Sam enjoys making video games in his spare-time and has spoken at the Boston Ruby meetup regarding the Gosu game engine and has been an organizer for the Boston Ludum Dare Game Jam Kick Off Party. You can find him on twitter @SamBackus.