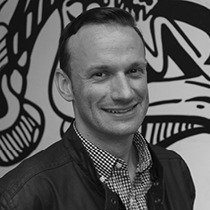 Rob’s first brush with the music industry was as a guitarist and pianist in several rock and jazz bands in the UK. He started his career on the business side of the industry at Clive Davis’ J Records in New York, and subsequently worked in A&R and marketing for several Sony and BMG labels in New York, London and Sydney. Rob has worked in various guises with artists ranging from Rogue Traders to Rod Stewart, Alicia Keys to Augie March and Gavin DeGraw to Guy Sebastian. He continues to work in marketing in the music industry on a freelance basis, as well as writing for various music publications and teaching at AIM. Rob holds a BA from Cambridge in Modern Languages, Masters degrees in Music Business from New York University, and in Coaching Psychology from Sydney University.