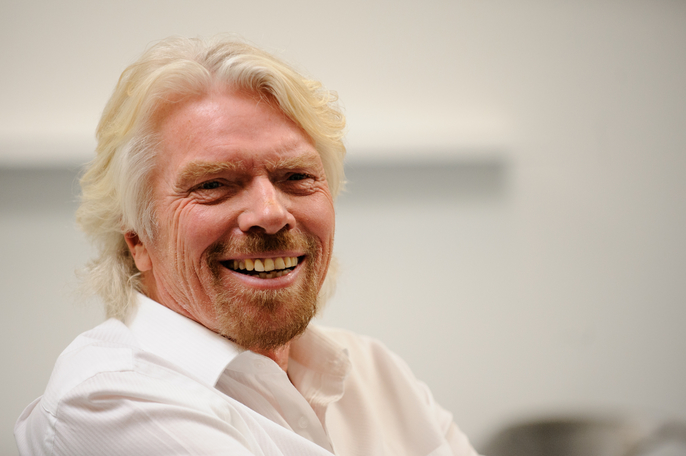 Sir Richard Branson is Founder of the Virgin Group. Virgin is a leading international investment group and one of the world's most recognised and respected brands. Conceived in 1970, the Virgin Group has gone on to grow successful businesses in sectors including mobile telephony, travel & transportation, financial services, leisure & entertainment and health & wellness.

Branson founded Virgin Atlantic over 30 years ago after he decided the UK aviation industry needed shaking up. Today, Virgin Atlantic flies to over 30 destinations worldwide, including locations across North America, the Caribbean, Africa and the Far East.

Branson has challenged himself with many record breaking adventures, including the fastest ever Atlantic Ocean crossing, a series of hot air balloon journeys and becoming the oldest person to kitesurf across the Channel.

He is also a record breaker online, voted the UK’s number one Twitter user, the world’s most social CEO and the world’s most followed person on LinkedIn. He maintains a daily blog on virgin.com with more than 27 million followers across six social networks.

Since starting youth culture magazine Student aged 16, Branson has found entrepreneurial ways to provoke positive change in the world. In 2004 he established Virgin Unite, the non-profit foundation of the Virgin Group, which tackles tough social and environmental problems and strives to make business a force for good. 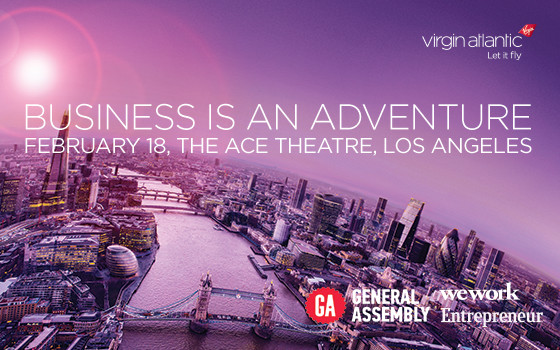 Business is an Adventure Entrepreneurial Series: Panel with Richard Branson

Join GA and Virgin Atlantic on our mission to uncover how today’s business leaders are making business an adventure, and reveal how businesses can thrive on the global stage.