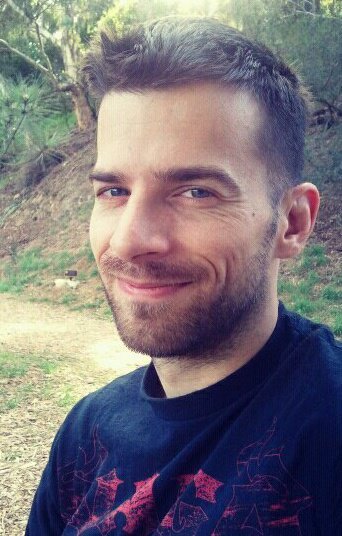 Matthias is a full-stack developer with a wide skill-set and many interests. Born and raised in Germany, he started tinkering with C64 games at a young age. In the mid 90s, he built his first websites. That's also the time he gained first methodical teaching experience, when he became an assistant coach for a Basketball team. Immediately after Y2K was old news, he started working as a Web Developer for an ISP. Sports should become his main focus, when he opened up his own martial arts gym in 2007, which became one of the most successful gyms in Northern Germany very quickly. He continued managing the gym and its instructors, teaching and mentoring students and competing until he moved to the USA permanently on the last day of 2011. There, his interest in the programming language Python sparked out of nowhere, which landed him a few jobs. Easily unsatisfied, he moved on to work on projects he could call his own. Being involved in the L.A. hackathon / hack night scene, he stumbled upon GA. After careful observation and the realization that he really misses having a positive impact on people's lives, he decided to apply for a position. The rest is .histfile.

His own learning focus is currently on Japanese and Haskell.