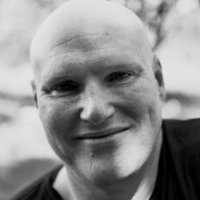 Martin Gleeson is has been designing and building software for more than 25 years. He was one of the first to help harness the power of the Web at the University of Melbourne in the early 1990s, before moving through the internet bubble relatively unscathed and co-founding the web hosting company Serversaurus in 2005. Australia's first carbon-neutral web hosting company, Serversaurus has been planting trees since 2007 to mitigate their carbon footprint, leading the way for other companies in the sector. In 2011, with his co-founder Nick Jaffe, he built Electron Workshop, a co-working space in North Melbourne. Electron Workshop has grown to include a diverse group of interdisciplinary individuals and companies, and has become a platform for development of new ideas and fostering change and thought in the tech and new business arenas.

Marty's passions include changing the both the face and the DNA of business in Australia, to have social and environmental responsibility at the core of what we do every day.