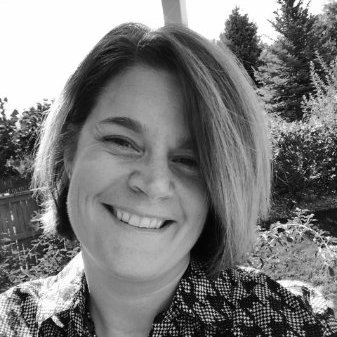 Like many of my colleagues who have been doing UX for the past 20 years, I have had a circuitous and non-traditional path in this industry. During that time I have been called everything from a graphic designer to a multimedia designer to a web designer, in addition to the more recent UX terminology. I witnessed the obliteration of our industry during the dotcom bubble burst (thankfully that was only temporary) and had to seek other forms of employment... like being a paleontologist, because, why not? I have had crazy experiences like learning cold fusion and programming HTML in tables (before CSS was ever a thing) and making some of the very first apps and websites for some major organizations. And I even survived the dreaded transition from waterfall to agile/lean UX methodologies.

I currently lead teams who are changing the face of digital education products. I have worked with the Cincinnati Zoo, Allstate Insurance, Ferrari, BMW, Aetna Insurance, FirstData, several start-ups and a gazillion other mid-sized companies and organizations. When I am not sitting in front of a computer or standing in front of a whiteboard, I can be found playing with my infant daughter, Bernese Mountain Dog and 10 year old Jack Russell, out playing hockey, or combing the western desert for dinosaur tracks.