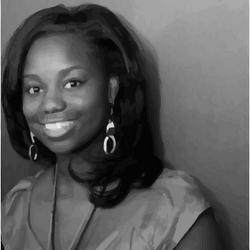 I am a public servant, with nonprofit management and government consulting experience. I've used my skills to benefit charitable organizations and associations in DC, New York City, Los Angeles, Baltimore, Chicago and Atlanta.

I currently serve as Executive Director of Capital Cause, a DC-area grant-making organization that trains young philanthropists to give their time and financial resources to support start-up nonprofits. Over five years, I've worked with a talented Board to grow the team from five vested members to over 5,000 millennial young philanthropists. Key team accomplishments have included: developing a metrics-based grant-making initiative, implementing a Giving Circles program which leverages the skills and financial resources of millennial donors, and management of an innovative dinner series designed to train the next generation of millennial donors. Capital Cause is revolutionizing how young people define philanthropy, and is at the forefront of identifying best practices on how to engage the millennial generation in maximizing their charitable impact.

My past leadership positions have included serving as the youngest member on the City of Alexandria’s Human Rights Commission (2005-2008), the first Director of Political Engagement for the Northern Virginia Urban League (2005-2007), a prolific fundraiser for the 2008 Obama for America campaign raising $250,000 (2008-2009), and Deputy Lead for National Day of Service for Obama's 57th Presidential Inaugural Committee (2013).

Ms. Williams is also a proud alum of Christopher Newport University, and a native of Richmond, Virginia.