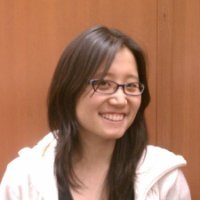 Kara started programming at the age of 13. Since then, she’s been involved in several influential projects. She was an engineer on the original team that built Scratch (http://scratch.mit.edu/), a programming language for kids. Scratch is now the most popular way for kids to learn to code. It is also being taught in CS50 (http://cs50.harvard.edu/), the introductory Computer Science class at Harvard, which boasts enrollment of over 600 students. More recently, she worked at Meteor (https://www.meteor.com/), a new open source JavaScript framework that allows developers to build complex web apps in a fraction of the time. Before Meteor, she worked at Google analyzing search and Adwords data to improve monetization in Asia.

Kara is currently the founder at Woof, an educational startup that is changing the way kids learn how to program (again!). She’s excited about making web development a more accessible skill for everyone. She received her bachelor’s degree from MIT in Math with Computer Science and her MBA from Harvard Business School.