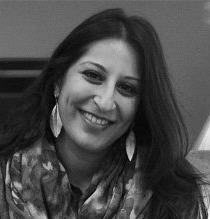 Kalsoom Lakhani is the Founder/CEO of Invest2Innovate, or i2i, which supports startups and the broader entrepreneurship ecosystem in developing markets, beginning in Pakistan and (2015) Bangladesh. She is also the co-founder of The Hero Project, a storytelling platform that celebrates and highlights everyday hidden heroes. Kalsoom has trained young entrepreneurs, changemakers, and civil society leaders in Cambodia, Ireland, Ukraine, and Kazakhstan. She was previously a Washington, D.C. co-ambassador for Sandbox, a global network of innovators under 30, (recently renamed the Thousand Network) and is a member of the World Economic Forum's Global Shapers. She was featured in Diplomatic Courier's Top 99 Foreign Policy Leaders under 33 in 2012, and was named an Ashoka Changemakers/ American Express Emerging Innovator for 2013. Kalsoom also founded the popular blog, CHUP, or Changing Up Pakistan in January 2008, and has written for the Washington Post, The Next Web, the Huffington Post, Foreign Policy, NextBillion and Pakistan's Dawn Newspaper. She has a B.A. from the University of Virginia in Foreign Affairs and Middle East Studies, and an M.A. from The George Washington University's Elliott School of International Affairs in International Affairs/Conflict Resolution.