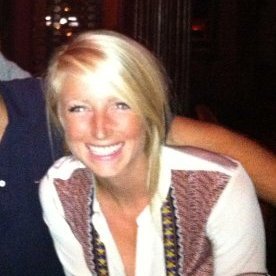 For the last 3 years, Jenny has served as a proud member of the Chicago spirits community, as co-founder of her family owned + operated business, Rhine Hall distillery, which she built with her Dad, Charlie. Prior to Rhine Hall, Jenny attended University of Vermont with a full DI Soccer Scholarship, then moved on to Denver to help launch a new office for Norwegian global SaaS company, Meltwater News. With success in sales, she was quickly transferred to the Meltwater News San Francisco headquarters, and became the largest sales contributor in a single month for this 900+ employee company. Recognizing that her sales savvy could turn her family’s boozy hobby into a viable business, she approached her dad to partner up on the creation of Rhine Hall Distillery. Jenny moved back to Chicago, and after a single year of start-up planning, she opened the first distillery in the Midwest to focus on European Fruit Brandy. Rhine Hall just celebrated their 2 year anniversary and bottles are now distributed throughout Chicago, Indiana, and Utah, with plans to start distributing in Wisconsin, Los Angeles, San Francisco and New York. Jenny is grateful for the praise Rhine Hall has gathered: she was featured in Zagat's 30 Under 30 last year, and the distillery was recently listed in Thrillist’s “America’s 17 Best Craft Distilleries.”

Jenny lives in Bucktown with her husband, Taylor, and dog, Atlas. She enjoys learning different industries, making jewelry, the branding and design elements of her business, and new projects - both at home and for the business. Maintaining a more balanced lifestyle is a constant focus and challenge, and includes side projects like an entertainment -meets- supper club hosted at Rhine Hall, The Inside Outfit, which she started with two like-minded Chicago creatives.

Rhine Hall plans to continue launching new and delicious fruit brandies, expand nationally, and become the most well-known fruit brandy distillery out there.