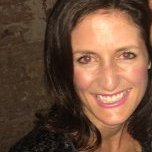 Jane Martino has built upon the success of the media/communications agency she founded in 2002, and subsequently sold to the Bastion Group of companies in 2009, having since gained a reputation as an entrepreneur with an ability to build dynamic organisations in both the commercial and not for profit sectors.

Early in her career she was recognised as an entrepreneur being a Finalist in the 2006 Telstra Young Business Woman of the Year. A strong advocate for social change, in late 2012 Martino co-founded not for profit Smiling Mind, centred around delivering free online Mindfulness Meditation programs online to young people aged 7-17.

Smiling Mind now has more than almost 400,000 regular users of its individual program and the Education program has been utilised in more than 4,000 Australian schools and community groups. Partnerships
have also been formed with leaders in the area of youth mental health such as beyond blue, Inspire Foundation and Headspace, with corporate mindfulness programs delivered to the likes of global heavyweights IBM, BP, PWC, Twitter and Google.

Jane Martino is currently co-founder and CEO of high profile tech start up Shout that is changing the way the world gives. The fundraising platform integrates the act of giving into multiple, everyday touch points to increase new revenue streams for organisations traditionally reliant on old-fashioned fundraising methods.

She is currently on the Board of the Australian Women Donor's Network and the Olivia Newton John Cancer Research Institute and is a published author with her series of six Thank You books printed in 2004 by ACP Books.