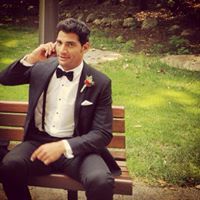 After two years post college working as an analyst at Bank of America Merrill Lynch, George moved to San Francisco to pursue his budding interest in tech. After becoming increasingly frustrated with his inability to bring product ideas to life in the startup world, he enrolled in General Assembly's San Francisco's software engineering immersive as to never feel that frustration again. George now works for Groupon where he is leveraging his technical skill set as a Product Manager for the supply optimization team.