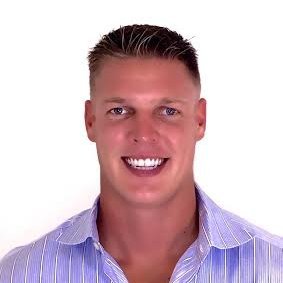 Soon after, Benz started his first legit company, Position-Tech, where he designed and patented an innovative football cleat design to enhance speed and agility performance that was quickly adopted by numerous NFL and NCAA programs. Benz introduced his product into the mainstream marketplace in retailers such as Dick’s Sporting Goods, and shortly after licensed his design to his largest competitor.

When Benz isn’t running ship at their Venice HQ, he can be found basking in the California sunshine on the beach, biking on the strand, or serving in his local church. Benz is a member of NIU’s Executive Leadership Forum and Scholarship Committee; he also enjoys volunteering with local outreaches such as the Pau Gasol Foundation.