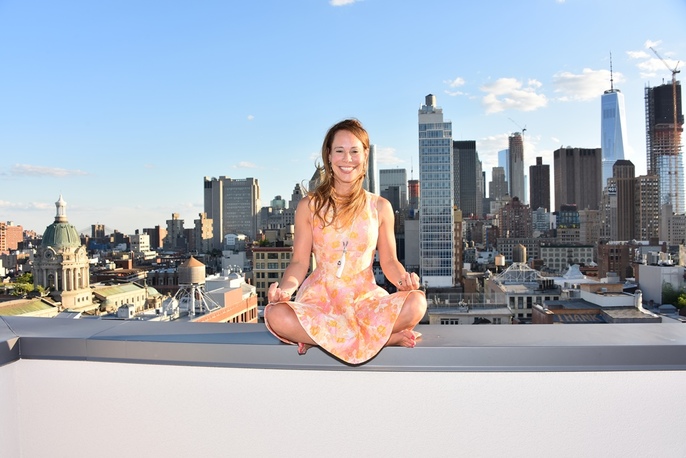 Dina Kaplan is Founder and President of the The Path, which teaches ancient meditation techniques in a modern way. The Path teaches meditation throughout New York and at SXSW, Sundance, and more. It has taught meditation to thousands of people and has been featured in The New York Times and the London Sunday Times.

Previously, Dina was co-founder and COO of Blip, the place for the best original series of the web. Before Blip, Dina was an Emmy award-winning television news reporter for local NBC stations. Prior to reporting, Dina worked at the White House as Director of Research for the Office of the White House Counsel. Dina was named one of Fortune Magazine’s Most Powerful Women Entrepreneurs and Fast Company’s Most Influential Women of Web 2.0. She has written for Marie Claire, today.com, Town & Country, and more.