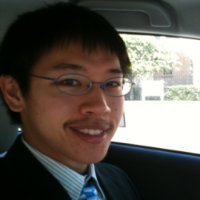 Derrick Ho is an iOS guy. He strives to make the world a better place for people with diabetes, one line of code at a time.

With 2 years of iOS experience, he has worked with Startups like Everest and Kong Studios to make apps that enrich peoples lives.

As a fan of seeing the big picture, He completed the Nand2Tetris course that covers how to build a computer from the NAND gate and up. These components include designing a cpu and loading the design into an FPGA; Writing a compiler for an object oriented language and converting it into assembly code for the cpu; Designing a Tetris game on top of all previous computer building blocks.

In his free time he is a Toastmaster, a Creative Writer, and a Wing Chun guy.