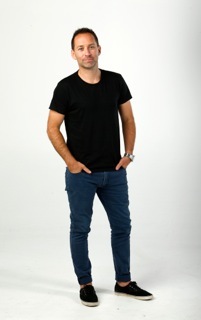 Colin has a highly eclectic wealth of experience having worked with a number of organisations during his career. Prior to joining Rdio in March 2013, Colin held marketing positions at MTV Australia, General Pants Group, Viacom International Media Networks Australia/NZ and Inventa Marketing Agency. He has worked with brands such as Coca-Cola, Nike and Molson Breweries, and as a young adult even coached the Canadian National and Olympic Snowboarding teams.

During his career, Colin has spearheaded several award-winning marketing campaigns. In 2008 his team won the Cannes Lion industry award for the MTV ‘Welcome Snoop’ campaign, and in 2005 while working at General Pants the retail brand was awarded Australian Retailer of the Year. During Colin’s first role as head coach of the Canadian Snowboard team, the team won a Gold Medal at the 1998 Olympics in Nagano, Japan making Colin the youngest Canadian Olympic head coach to have a team member win gold.

Under new CEO, Anthony Bay, Rdio has recently expanded into multiple new territories bringing the total to 51 countries – more than any other music streaming service. In the past year Rdio Australia has seen a huge user increase, now with over 670,000 Australian user registrations to date and approx. 40% of visits being between 10 – 30 minute, and 14% between 30 – 60 minutes. Partnering with the likes of the 2013 ARIA Awards, 2014 Big Day Out, St. Jerome’s Laneway Festival and Future Music Festival has also generated incredible results: up to 58% month on month growth spikes.

As a die-hard music fan Colin views Rdio as the most important evolution the music industry currently is experiencing. One of the biggest challenges he encounters in his position is educating people on music streaming as a new platform and technology, and helping them understand what a great service like Rdio can do for a music lover. Colin’s goal always remains the same however: to ensure that as many people as possible experience the technology and fall in love with it like many others have.