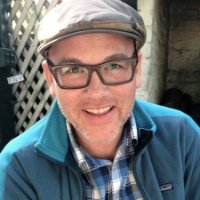 Chris' early career was in film and media where he's chased waves from helicopters for Surfing Magazine, and escaped convicts for the Washington Post. For work and for NGOs he's delivered aid to the low border towns of Kyrgyzstan, hunted kangaroos in Australia (none were injured), and been chased by wild dogs through the jungles of Samoa (karma for the kangaroos).

As a product leader, Chris built one of the first few Facebook apps, and worked with feedback from sports icons such as Nike and the SF Giants crafting technology to improve athletic performance. More recently, Chris founded 500 Startups funded company Groupiter, building social software used by teams at Warner Brothers, Hulu, Sony and more. His work in UX/product has been praised by CNET as "Brilliant."