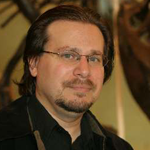 Chris Mancini is co-founder and co-host of Comedy Film Nerds Podcast and the top podcasting conference, LA Podfest. He's also producing the feature film “Ear Buds: The Podcasting Documentary” that will be out this summer. He has screened and spoken at various prestigious festivals including Slamdance and Comic-Con in San Diego. His DVD compilation Myopic Visions includes all of his short films featuring hit men, clowns, leprechauns, killer doughnuts, and living suits, along with his interviews with SyFy and many extras. His books include Pacify Me: A Handbook for the Freaked Out New Dad and The Comedy Film Nerds Guide to Movies.