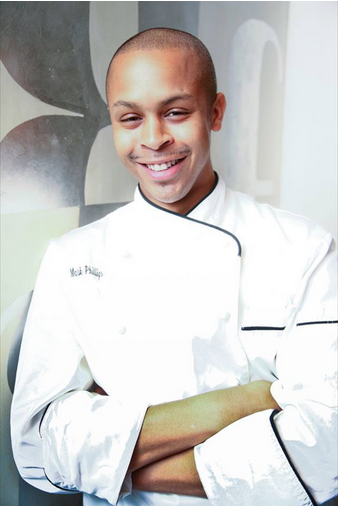 Chef Mark ‘Southern Temptation’ Phillips is a culinary artist with a flair for down home cooking with an exotic twist uniquely expressed in his epicurean brand; Southern Temptations, “The renaissance of artistry where art and food are one”.

Delighting a broad and eclectic range of patrons, Mark has been mixing, matching and making delectable cuisine since early childhood. He fine-tuned his culinary skills at Johnson & Wales University obtaining an A.S. degree in Culinary Arts and a B.A. degree in Food Service Management, then enhanced his expertise with Chef Max Miami Catering and The Chef ATL. As the former executive chef for Buckhead Bottle Bar & Bistro in Atlanta, GA he continues to bring innovation and passion to every dish he creates while maintaining the savory quality of classic southern dishes.

Chef Mark delights the taste buds of those who have become Southern Temptation fans which include a host of celebrities and Atlanta elite like; Housewives of Atlanta, Jasmine Guy, The Braxton’s and R&B Divas to name a few. Chef Mark has designed menus for Courvoisier & Ciroc, using their products in recipes exclusively for their brand and clientele. As seen in the in Press, Mark has created an emotional reaction with patrons expanding brand awareness and activating potential sales for his clients.

He has appeared on Atlanta & Company showcasing his culinary techniques and has been acknowledged in Dining Out Atlanta (Spring 2010 & Fall/Winter 2012, Spring/Fall 2013) and Jezebel Magazine. As a culinary rising star, Chef Mark continues to shine in what he does best – great food, while staying fresh and cutting edge expanding into Brand Activation.