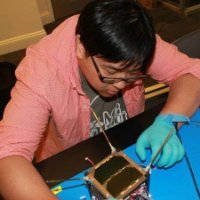 Borden Liu is a computer scientist/software engineer with a wide array of experiences but with one goal: to build awesome stuff. He has been a lead developer and multi-talented creator at multiple profitable startups, including Vertical Brands and Nanosatisfi.