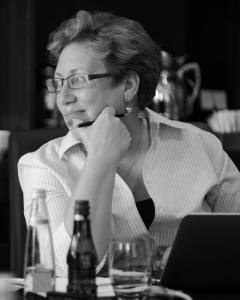 Amy Millman is a passionate advocate for women entrepreneurs building Big Businesses Starting Small. In 2000, she co-founded Springboard Enterprises, a non-profit venture catalyst which sources, coaches, showcases and supports women-led companies seeking equity capital for product development and expansion. Springboard has assisted hundreds of women entrepreneurs in raising billions in investments and connecting with thousands of expert resources. The successes of Springboard entrepreneurs include 10 IPOs, legions of high value M&As and a community of accomplished serial entrepreneurs. During her career in Washington, DC, she served as a representative for several industry groups and was appointed as Executive Director of the National Women’s Business Council during the Clinton Administration. She served on the boards of many organizations including her current service with JumpStart Inc. and Enterprising Women Magazine. She is a graduate of Carnegie Mellon University and holds a Masters degree from The George Washington University.