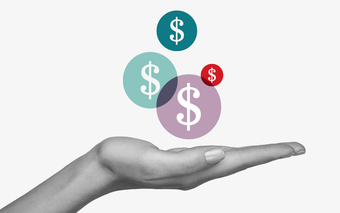 Protocol NYC is an event series that brings together the best distributed ledger projects in the world. Whether you are a technologist, entrepreneur, investor, or corporate executive, Protocol NYC is a place for anyone interested in the decentralized economy of the future.

In the spirit of interoperability…

This month, we are launching the very first Blockchain Showcase. Each blockchain project is given 30 minutes to present their technology and vision followed by a friendly Q/A with the community.

The IOTA Evangelist Network is an international group dedicated to promoting the IOTA technologically globally to establish IOTA as a technical standard for distributed ledger technology.

IOTA is the first open-source distributed ledger built to power the Internet of Things. The main feature of IOTA is the tangle, a directed acyclic graph (DAG) for storing transactions. The tangle naturally succeeds the blockchain as its next evolutionary step, and offers features that are required to establish a machine- to-machine micropayment system. IOTA’s distributed ledger is feeless, and does not consist of transactions grouped into blocks and stored in sequential chains, but as a stream of individual transactions entangled together.

Holochain allows you to build truly scalable applications that are faster, more scalable, and ten thousand times cheaper than blockchain apps. Holochain puts each user in control of their data, their applications, and the way those applications connect to one another. Come dive deeper into holochain and collaborate with other developers interested in building p2p apps.

Fantom is a new DAG based Smart Contract platform that intends to solve the scalability issues of existing public distributed ledger technologies. The platform intends to distinguish itself from the traditional block ledger-based storage infrastructure by attempt- ing to employ an improved version of existing DAG-based protocols. The mission of FANTOM is to provide compatibility between all transaction bodies around the world, and create an ecosystem which allows real-time transactions and data sharing with low cost.