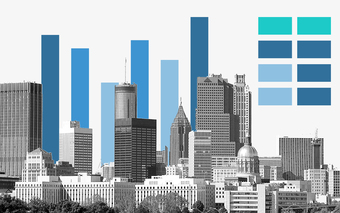 Overview: In collaboration with Georgia Tech, General Assembly is hosting POLIS, a speaker series featuring thought-leaders from the Atlanta civic tech and smart cities communities to discuss the intersection of computational technology, governments, data, and citizenship. The series focuses on themes such as sustaining new civic hacking efforts, emerging modes and sites of engagement, the role of governments in urban technological change, and more. The series is coordinated and moderated by Dr. Thomas Lodato, a research scientist at Georgia Tech working on smart cities and inclusive innovation in Atlanta.

What You’ll Take Away: How governments, civic hackers, and data scientists are using technology to reshape cities and the lives of residents.

Why It Matters: According to a Forbes article, smart cities have “a combined market potential of $1.5 trillion globally […] in segments of energy, transportation, healthcare, building, infrastructure, and governance.” In a 2015 article, Forbes also reports that “[l]ocal and state government will spent an estimated $25.5 billion on information technology this year [with] [c]ivic tech mak[ing] up just 24% of that […] growing 14 times faster than spending on traditional technology.” Combined, these trends illustrate the growing need and emerging role of data scientists, developers, and designers to work in and serve the public sector. As local governments of all sorts adopt computational technology under a variety of “smart” city efforts, and as citizens come to expect public services to operate like their favorite apps, understanding the potential of civic tech and smart cities may be vital to an array of new careers

About This Month’s Event: Sustaining the Hack For the first event of the series, we are happy to focus on the theme of social sustainability within civic technology. From hackathons to monthly meet-ups, many civic tech projects require volunteer labor and casual, extracurricular involvement.