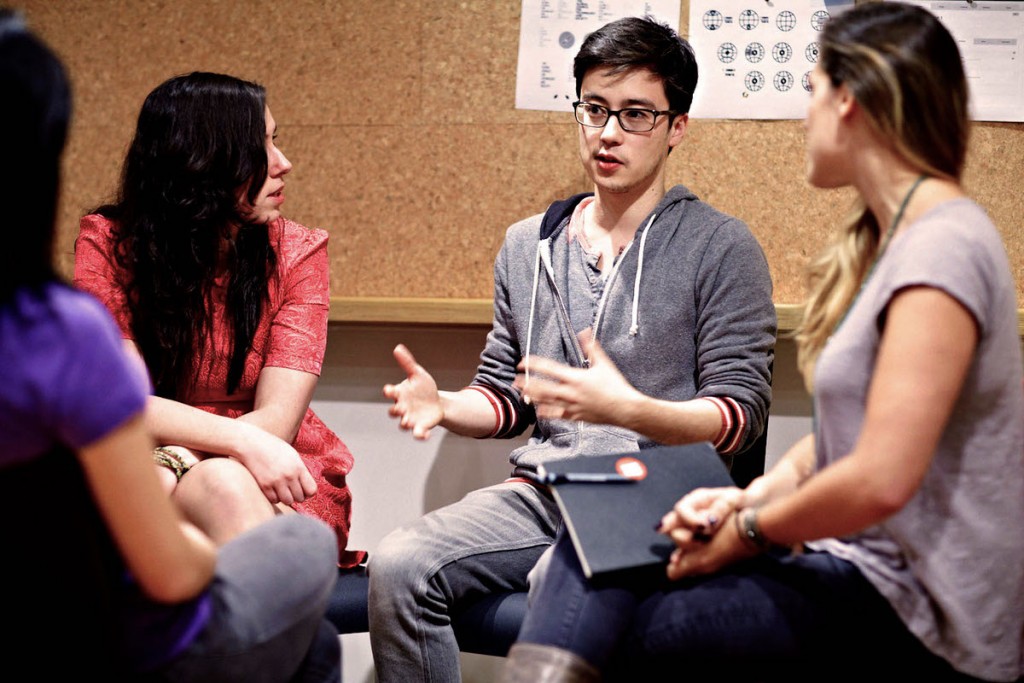 It’s no secret. Tech talent is in high demand across industries, but finding people with the skill sets to fill these roles has been challenging, causing competition amongst businesses for talent in tech — in software engineering, UX design, data science, and digital marketing. As a result, jobs in data analytics, computer science, cloud computing, software engineering, digital marketing, and others pay well.

So what does “pay well” really mean? Using data from PayScale, Glassdoor.com, we’ve put together the numbers for the most common entry level tech jobs. (Note: salary levels quoted below are for the U.S. and can vary from country to country.)
END_OF_DOCUMENT_TOKEN_TO_BE_REPLACED

Unsure how to get a software engineering job or where to start? Landing your first job as a software engineer can seem like an intimidating milestone to reach. It feels even harder when you don’t have a computer science background and you’re transitioning from another field, especially one that you’ve worked years to develop a career in. Feelings of uncertainty come in many forms. Your inner dialog may sound like this:

“My resumé isn’t compelling enough to get a job in this new field.”
“I’m a beginner all over again, and I don’t know enough to do this well.”
“If I start over, I’m afraid I’ll fail.”
“I feel like an imposter trying to get a job in something I know so little about.”

If these are some of the thoughts you’ve had when considering a career change, you’re not alone. These are fears that most of my students have expressed in my 5 years teaching at General Assembly, and they are totally logical fears to have. Fortunately, there are clear steps you can take and definitive questions you can answer for yourself which will keep you on a path to landing a great first job in software engineering. They are:

1. Decide what kind of programmer you want to start out as.

Those are some of the more common types that most companies will need to hire for, so the question isn’t, “What kind of engineer do you want to be?”, it’s “what kind of engineer do you want to start out as?” This distinction is important because you should try to work for a company that gets you going with a clear set of roles and responsibilities, but also fosters an environment that will allow you to try out other types of work too. Some of the best software developers I’ve worked with were at one point doing a completely different set of tasks at the start of their career.

So, what interests you the most?

2. Learn the basics of software development.

It goes without saying that you’ll want to acquire some knowledge in computer programming before sending out a bunch of job applications. But where to start? There are a ton of great resources out there, but I’ll outline what I think is a great approach for most people to get a good start in programming knowledge:

You’ll want to focus your learning on the basics of programming and computer science. Key areas to educate yourself on should include:

Always have a project to work on. Apply the skills you’re learning by practicing on real-world projects. For example, if you’re reading a tutorial on how to build a user interface with React, try building your own portfolio website using React. You’ll be doing two great things for your career at the same time:

Software developer job openings are constantly being posted as new companies are founded, existing companies expand, and established companies evolve. When it comes to startups vs. established companies, there are some significant differences you’ll likely come across. For instance, a new startup might have more employee perks, such as flexible time off, but might also demand more weekend hours put in. On the other hand, an older established company might provide a more clearly defined set of roles and responsibilities and a better structure for employee growth.

It’s ultimately different from company to company, but the pattern I’ve seen lately is that startups provide more incentives to apply, with more initial flexibility for the employee. Keep in mind though that startups are by nature less likely to succeed long-term.

5. Use every interview as a learning experience.

You’ll start to land interviews comprised of multiple stages that will vary slightly by company but typically look something like this:

It’s important to remember a few things during the interview process. First of all, most modern tech companies want to hire you, not just your skills. They don’t want to just hear you rattle off a bunch of technical terms that make it sounds like you’re more experienced than you are. They want to know about you, your passions, your curiosity, your drive to learn, and your drive to grow with the company. None of those things are strictly reliant on 10+ years of experience like the job postings might say. While there is a base level of skill that is required, you’ll want the company to know that you are a good long-term fit; that you can become the software engineer that you want to be with them.

Every interview you take will be a culture fit test. Be a nice person, be curious, ask questions.

The technical part of the interview is often the scariest. During the technical interview or code challenge, sometimes you’ll have to write code by hand on a white board with people watching. It can be terrifying unless you really think about the actual purpose of the technical interview. What’s important to remember when prepping for the code challenge is that it’s designed to be hard. A well-crafted code challenge is not meant to be completed in short order. Rather, it’s meant to give the interviewer deeper insight on your current skill set as well as your ability to speak about how you navigate through a problem you’ve been tasked with solving. If you were able to finish the code challenge too easily, the company would have no idea where your skills max out at.

When engaging in a code challenge, the interviewer wants to understand your thought process for problem solving; how you might approach going from the prompt to the solution and the reasoning behind it. For a good code challenge, they want to see your journey through the problem. Of course, you do need to learn the basic fundamentals of programming to even begin a code challenge, but you’ll get to a point where you can at least show the interviewer how you’re framing the problem and coming up with a potential solution. Every interview is a learning experience. Keep these tips in mind. You’ll get better at the process, and you’ll eventually land that software engineering job where your new career will really begin!

Note: Sublime Text 4 has since been released and is available here.

Sublime Text 3 (ST3) is the former version of one of the most commonly used plain text editors by web developers, coders, and programmers. It is a source code editor that has a Python programming surface or API. It is able to support C++ and the Python programming language. Plus, functions can be added by any user with a plugin.

Make the most of ST3 with the 25 tips and tricks in this ultimate guide for web developers. Learn not only how to use Sublime Text 3, but also about must-have packages, useful keyboard shortcuts, and more.

By default, ST3 uses hard-tabs that are 4 characters long. This can result in hard-to-read code, as large tabular indents push your work to the right. I recommend all developers add this to their user settings (Sublime Text 3 => Preferences => Settings – User):

This setting converts hard-tabs to spaces, makes indents only two characters long, puts a ruler at the 80 character mark (to remind you to keep your code concise), and adds white space markers. Here is a complete list of preference options if you wish to continue customizing your ST3 environment.
END_OF_DOCUMENT_TOKEN_TO_BE_REPLACED