At a high level, JavaScript is a scripting or programming language that allows you to implement complex features on web server pages, such as displaying timely content updates, interactive maps, animations, etc. JavaScript is used for all web-related software development. It is the most widely used and popular scripting language in the world for website building.

The power of the JavaScript framework is in its popularity, ease of use, and large community. It is one of the three core technologies of the World Wide Web (www), alongside HTML and CSS. Perhaps the most powerful thing about the JavaScript function is that it includes all of the features of a programming language embedded in your web browser. Unlike other programming languages, where you have to download the language in your machine and create an environment, the JS framework does not require that. If you have a web browser like Chrome, then you can write JavaScript.

Initially, the JavaScript framework was only on the client side of programming to create user interfaces and webpages’ interactivity. With the development of Node.js, JavaScript is not used in both client-side and server-side programming — this makes it extremely versatile and valuable for a web developer.

JavaScript is the backbone of modern web applications, but much like the human spine, it is quite flexible and liberal in what it allows. This can sometimes be seen as a disadvantage because it makes finding problems in programs harder. However, this flexibility allows a Javascript programmer to use many techniques that are not possible in more rigid programming languages.

A superpower of JavaScript is that it is easy to learn. It is widespread and supported by all browsers. Because it is a high-level language, it takes care of a lot of nitty-gritty programming for you, whereas in other low-level languages, you have to think about memory management, etc. In addition to being easy to learn, it is also easy to use. As long as you have a browser, you can write JavaScript to create rich web content.

Every programming language has some feature that separates it from other coding languages. In addition to all the amazing features of JavaScript, the one that stands out is how functions work in the language.

“Functions are the very best part of JavaScript. It’s where most of the power and the beauty of this language is.” — Douglas Crockford

Finally, the most powerful feature of JavaScript is its community. It has one of the largest communities for any programming language. It is consistently ranked highest in Stackoverflow, Google searches, and GitHub issues. The amount of support for beginners is amazing!

JavaScript is one of the most widely used programming languages in the world. It’s a scripting language used by developers to create interactive user interfaces that display dynamic content. It is s referred to as The Language of the Web Browser because it is the most commonly used language to build web applications and works well across all web browsers.

As the popularity of JavaScript increased and more people were using it to build websites and applications, the JavaScript community recognized that certain patterns in the code were being used repeatedly to accomplish the same tasks. This re-writing of code and recognizing that certain JS functions need to be implemented multiple times led to the development of JavaScript libraries and frameworks. For instance, reoccurring animations and interactive forms that appear in different places on a website or app were repetitive tasks that could be automated by using a code snippet as needed without writing code every time.

Generally speaking, JavaScript libraries are collections of prewritten code snippets that can be used and reused to perform common JavaScript functions. A particular JavaScript library code can be plugged into the rest of your project’s code on an as-needed basis. This led to faster development and fewer vulnerabilities to have errors.

There are many libraries and frameworks available to JavaScript developers today, but the concept of a JavaScript library was initiated with the creation of jQuery. jQuery is a JavaScript library designed to simplify HTML, DOM (Data Object Model) manipulation, and event handling, CSS animations, and Ajax. At the time, the jQuery library shortened the syntax and simplified the code, making it easy to understand and increased web developer productivity.

JS is a web component-based library and an open source JavaSscript framework that helps developers design simple views for each state of the JavaScript application. React is also extremely smart in that it does a lot of heavy lifting in terms of efficiently updating and rendering the right components when there is a change in data or the state of the JavaScript application. Today, React is the most popular JavaScript library, and companies use it all over the world like Uber, Airbnb, Facebook, Netflix, Instagram, Amazon, Twitter, and much more.
The web component-based library allows developers to avoid the pitfalls of rewriting code and dealing with complicated debugging. With React, you can reuse and recycle different components across the web application or other products. Components such as navigation bars, buttons, cards, forms, sections, and the like can all be reused like little building blocks that make the web application. A library like React dramatically increases the development speed with fewer bugs and makes extremely performant applications.

Perhaps one of the most common topics of discussion in the software community is the difference between a library and a framework. As we see above, jQuery and React are libraries with prewritten code snippets that we can use and reuse to build applications. So while JavaScript libraries are a specialized tool for on-demand use, JavaScript frameworks are a full toolset that helps shape and organize your website or application. In other words, libraries are about using what is needed for the task, while frameworks provide you with all the tools you could need even if you don’t particularly need all of them.

Think of it like cooking some pasta. When using a JavaScript library, you simply grab the pot, pan, ingredients to make the pasta, and plates to serve. You only require only the things you need to make pasta. When thinking about a JavaScript framework, imagine an entire fully loaded kitchen. Another way to think about it can be that JavaScript libraries are like pieces of furniture that add style and function to an already constructed house. At the same time, frameworks are templates you can use to build the house itself.

Examples of an open source JavaScript framework includes Angular, Ember JS, and Vue JS. These are some of the most popular frameworks with large communities and support systems. Frameworks provide a structure to base your entire application around, and developers can safely work within the structure’s rules.

The advantage of frameworks is the overall efficiency and organization. The disadvantage is that a developer has less freedom to work around the rules and conventions specific to a particular JS framework. Libraries, on the other hand, give developers more freedom to use different code and snippets but do not provide the type of structure and convention that comes with a framework.

1. In 140 characters or less, what is front-end web development, from your experience?

A mix of programming and layout that powers the visuals, interactions, and usability of the web.

Front end development would be the pretty exterior that gives the house character, or the host that invites guests in and makes them feel at home.

END_OF_DOCUMENT_TOKEN_TO_BE_REPLACED

Over the years, we’ve spent a lot of time thinking about the onboarding experience for students entering our Software Engineering Immersive (SEI) program. SEI is a 12-week, full-time program that gives people the foundation and skills needed to become full-stack web developer.

From 9 am to 9 pm on weekdays, and all day Saturdays and Sundays, students are immersed in code. Because the program is so intense and the learning curve so steep, we, along with other coding immersives (also known as “bootcamps”), advise students to start preparing before they arrive on day one.

Pretty standard is the concept of “pre-work”: 50-100 hours of readings, tutorials, and exercises designed to give everyone a foundation in basic web development concepts, as well as level set the class. At GA, students cover Git, HTML, CSS, and Ruby before starting SEI.

END_OF_DOCUMENT_TOKEN_TO_BE_REPLACED Browse any number of job postings for web developers — front-end, back-end, full-stack; it doesn’t matter — and every single job will require different expertise. From Adobe Creative Suite to Zero Day Exploits, you could spend an entire career attempting to become the ideal developer to meet any one of these job’s multiple requirements.

Or you could learn JavaScript instead. END_OF_DOCUMENT_TOKEN_TO_BE_REPLACED 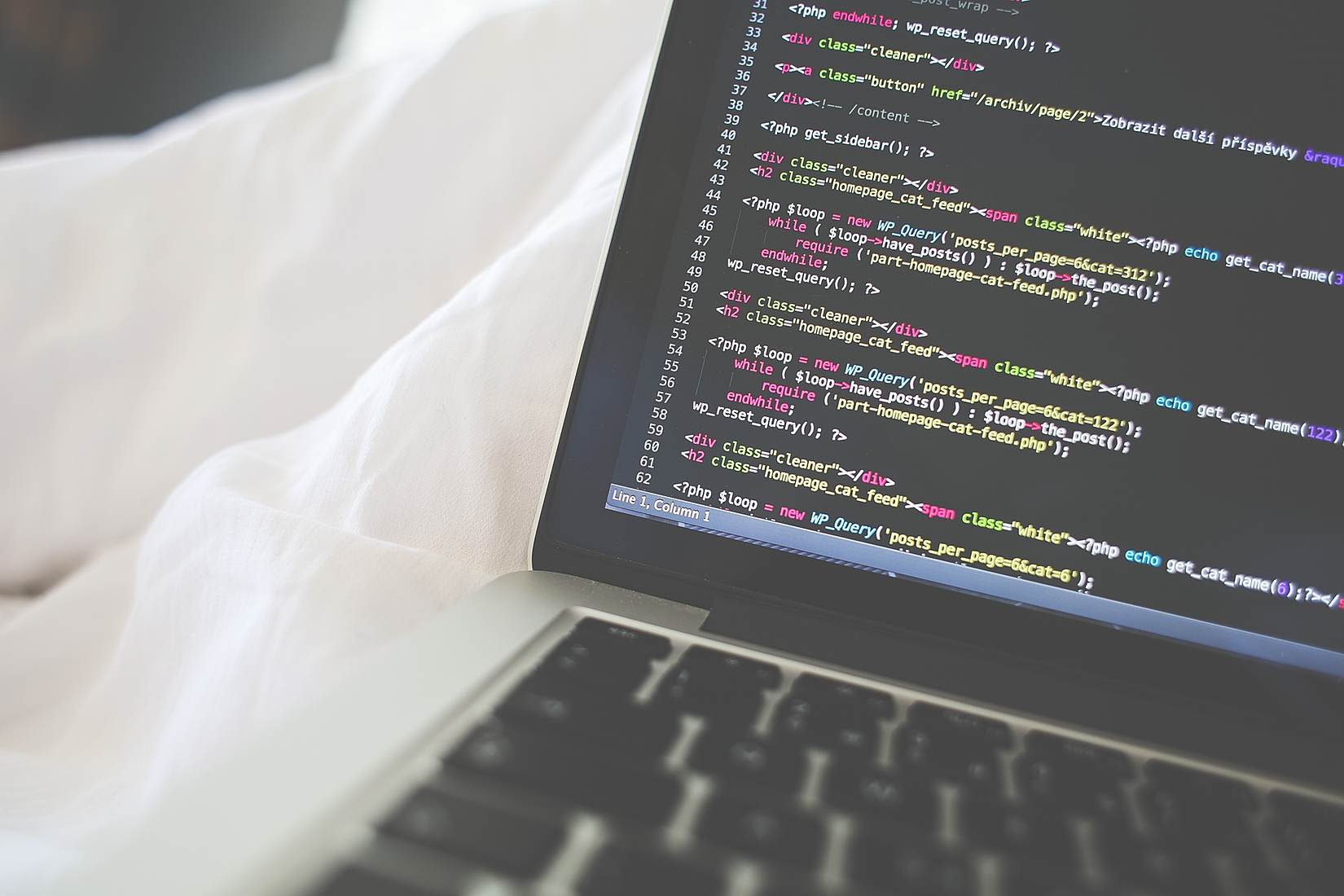 So, you want to learn to code? Awesome! Knowing how to code can help you level up in your current role, open new career opportunities, and empower you to make your app or website ideas come to life. But where should you start?

Although hotly contested among developers, most novice coders begin their education by learning the basics of front-end web development, or the client-facing side of web development. The front end involves what the end user sees, like the design/appearance of the web page.

In order to become a front-end developer, there are three “languages” you need to master: HTML, CSS, and JavaScript, or as I like to call them, “The Holy Trinity.”

Below, I explain the difference between these three languages, and how they work in concert to get a simple website up and running.

END_OF_DOCUMENT_TOKEN_TO_BE_REPLACED 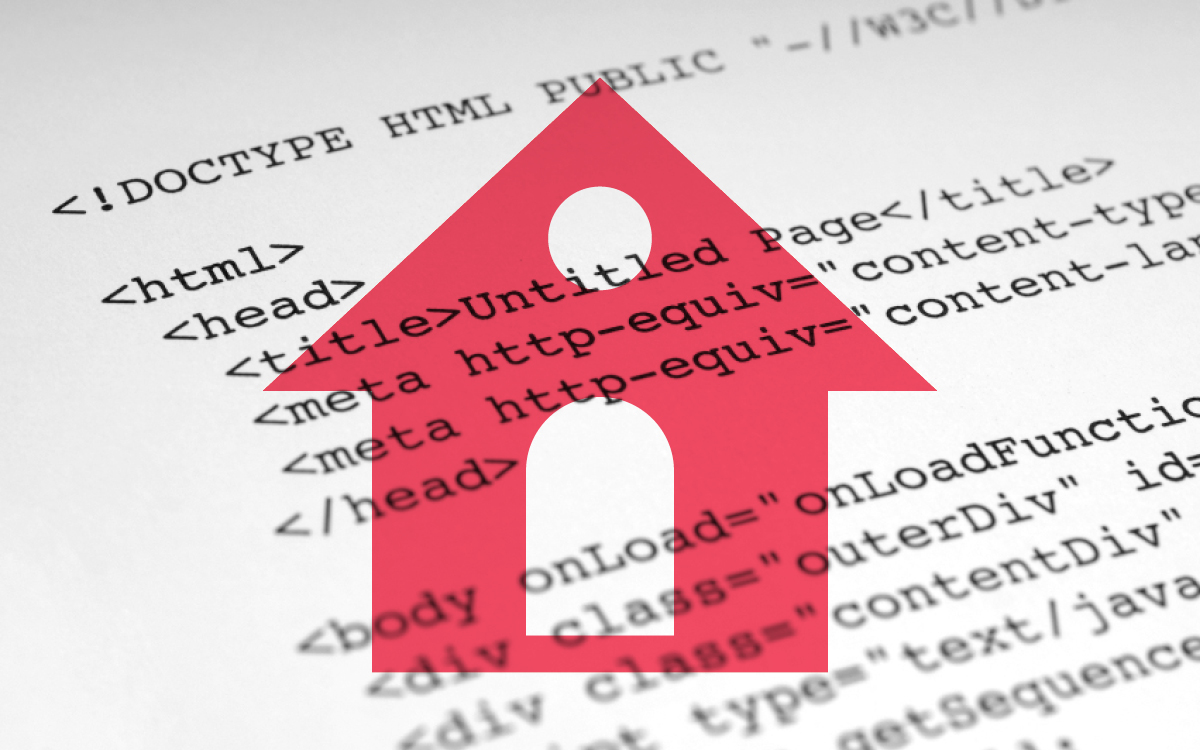 Metaphors are great ways to bridge the knowledge gap between technical and non-technical team members. But instead of bombarding non-technical folks with acronyms and jargon, it helps to first establish a baseline understanding of how different technologies work together. One way I like to do this is by comparing a website to a house.

A house has rooms, and each room contains furniture and electric appliances. Similarly, a webpage has sections (e.g. header, body, footer), and each section contains images and text. HTML organizes and presents elements of a webpage in a structured hierarchy. Here’s an example of pseudo-HTML describing the elements in our house:

Not all rooms, tables, and chairs look the same, nor do words or images on a page. That’s where CSS comes in – CSS defines how elements look, describing their color, size, position, shape, and more. Here’s an example of how we’d use pseudo-CSS to style a bedroom in our house: