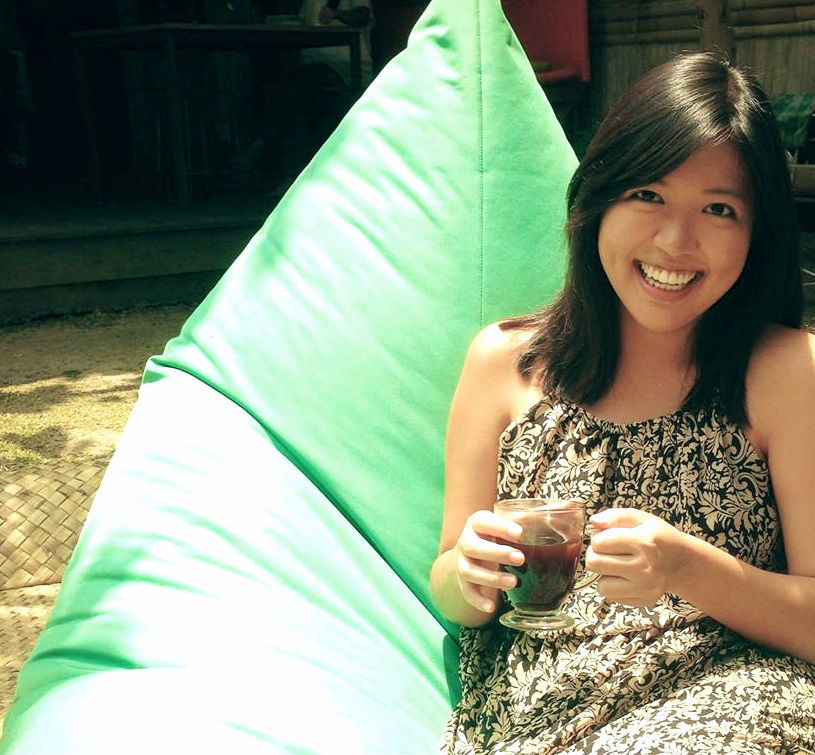 From a humanities graduate to a full stack web developer, General Assembly Hong Kong’s WDI graduate, Stephanie Siaw hopes to break the myth that coding is a  scientific, mathematical skill. She hopes that others like her can embrace its creativity.

“My first glimpse of tech was during a GA workshop called Programming for Non-Programmers. The instructor, Thomas, talked about how he thought Ruby code can be really beautiful, like a piece of prose. I hadn’t really heard anyone talk about code like that before.”

A graduate from a University of Pennsylvania with a humanities background, Stephanie came to Asia as an English teacher, then worked for a while in the social enterprise sector. Feeling unfulfilled in her job and unsure of what to do next, Stephanie started exploring her options. Amidst applications to consulting jobs and studying for the GRE, she came across GA’s programming workshop, and feeling inspired, decided to enroll for the 12-week Web Development Immersive, now called Software Engineering Immersive (SEI), course soon after.

After a rigorous programme with a diverse team of fellow programmers-to-be, Stephanie graduated with a work ready skill set, fluency in full stack software engineering and a network of over 150 GA partner companies looking to hire web developers in Hong Kong.

Stephanie never expected herself to become a web developer. With a love for writing and international relations, she grew up preferring arts and humanities over science and math. She never ventured into coding because she didn’t think she was cut out for it.

“The biggest barriers that stop people from learning how to code, are that they just don’t think they can do it or that they would even like it. But once you just try building something with code, then you know you can do it.”

To her surprise, Stephanie was recruited as a web developer by a China-focused tech company before she even completed the course.

“The great thing about taking WDI was that it is very project-based. It gave me a great portfolio. It gave me the confidence that it was really easy to learn on the job and pick up information as I went along, even though I didn’t have a lot of experience.”

After some time as the only web developer at her company, Stephanie felt that she would benefit from working in a team of developers. At the GA hiring event for WDI graduates, she met the digital team of renowned branding agency, Alchemy Asia, and hopped on board as their newest web developer.

At Alchemy Asia, Stephanie worked with a team of creative writers and designers, as well as fellow developers.

“I really enjoyed the the work at Alchemy Asia. We had some notable clients and we were able to get very creative with our ideas. Web-programming is actually extremely creative. It’s actually more creative and detailed than a lot of other fields. I think people tend to see it as very technical and math-oriented. I’ve been guilty of holding that perception in the past too.”

In a city with a huge demand for web developers and simply not enough developers to fill that demand, a talented developer like Stephanie comes across a plethora of job opportunities.

“As a developer you have a real sense of freedom and control over your job. In most jobs, people can feel a bit stuck in what they’re doing, and are scared to leave or switch careers. It’s easy to switch jobs in the software engineering industry without being seen as a job-hopper, as long as you have a good reason.”

After working at Alchemy Asia for 7 months, Stephanie received an exciting opportunity to work at Bindo, a New York startup that had recently launched in Hong Kong. Having accepted the offer, Stephanie decided to take a break before starting her new job to take an adventurous 2-week vacation in Bali while working on a freelance project.

“I got an assignment to build the website for an HK-based angel investment firm, Fresco Capital. I figured I could do it anywhere and went to Bali for a couple of weeks to work from a co-working space called Hubud. It worked out really well and the space itself was amazing. Everyone there was freelancing or had their own company and was entrepreneurial in his/her own way.”

Looking forward, Stephanie hopes to be one of those entrepreneurs herself.

“In a few years, it would be great to figure out something that I want to build. I feel that if you want to start a company where your core product is technology, you should at least understand how to build it. If not, you not only will have to rely on others if things break, but also will miss out on a lot of the creativity and satisfaction that comes with that.”