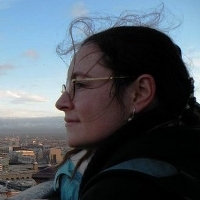 Taryn has been a web developer since 1999. She has used a variety of technologies from MS FrontPage, C, dHTML with javascript, ASP and Java-servelets to her now-favourite, Ruby on Rails.

She's been developing with Ruby on Rails since March 2005 - only a month after it was first released and very much pre 1.0.

She is a Rails core contributor and has released a fair amount of code back into the community as well as contributing articles and how-to guides via her blog.