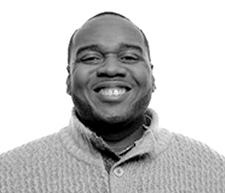 Born and raised in New York City, Jamal decided to learn how to code after leaving a career in finance to become more involved in New York's bustling tech scene. After taking an "Intro to Rails" course at General Assembly he shortly started working as a developer at several NYC based startups where he helped launch MVPs and build an internal analytics reporting suite. When he's not busy hacking on personal projects you can find him shooting street photography and documentary films around the City.