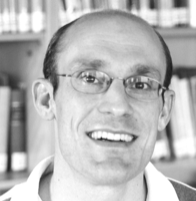 Christoph is a data scientist with a passion for teaching. Christoph started his career as a theoretical physicist. Originally from Frankfurt (Main), he worked as a researcher in different locations in Germany, Italy and the UK before moving to London. Since joining General Assembly in 2016, Christoph taught sixteen Data Science Immersives and one Data Science Part Time helping students to kick-start their new careers. In his spare time, he tries to feel the olympic spirit in London’s Aquatics Centre.