Looking Ahead: What Tech Investors are Betting on in 2022 | December 9

This event is part of Looking Ahead 2022, a free one-month long series to prepare you for what’s ahead. Join us and hear from the key thought leaders and experts across diverse verticals on how you can stay relevant, competitive, and resilient in 2022 and beyond! Head to ga.co/ahead2022 to see the full schedule.

As we are in the final quarter of 2021, now is the perfect time for entrepreneurs to look ahead and understand what technology investors are betting on and which field is prime for the next big venture.

The technology sector is vast, comprising cloud computing, blockchain, Artificial Intelligence and much more. With the development of these technologies, our lives are constantly changing and adapting. For many individuals and organisations, we have learnt that truly transformative change is not as difficult to implement as one might think. Predicting the future in technology can possibly help you in decision-making.

So, what technological trends should we pay attention to? Join us as our panel of experts discusses the future of technology, the industries that are prime for disruption in 2022, the current technologies that are set to boom or bust and the art of investing in technology in the age of uncertainty.

Founded in 2011 in NYC, General Assembly has 32 campuses across 4 continents, and was voted the World’s most innovative company in education by Fast Company. GA delivers education in some of today’s most in-demand skills in tech, data, and design.

Aziza joined GA as the first hire in Singapore in 2015, and is responsible for GA's market expansion and growth in Asia across the consumer, enterprise, and government verticals. In her role, she oversees P&L management, strategic partnerships, growth, and leading an awesome team. She leads GA's partnership efforts with the Singapore government and the broader tech ecosystem to bridge the tech talent gap here. Over 110,000 people have attended a course, workshop, or event since our Singapore launch.

Before GA, Aziza worked on market expansion in emerging markets in Asia and building partnerships with governments, international development organizations, and stakeholders invested in advancing education and economic growth in emerging Asian economies.

She is passionate about education and economic empowerment; and creating more opportunities in the tech industry for people of diverse backgrounds.

Dave Ng is a General Partner at Altara Ventures, a leading Southeast Asia based venture capital firm. At Altara, he focuses on backing promising entrepreneurs building for the region and beyond.

Previously, Dave was the Head of Southeast Asia for Eight Roads Ventures where he led investment and portfolio activities for the region. Before that, he was Venture Partner at B Capital Group, where he helped launched the Asia office. Over the past decade, Dave has the opportunity to partner up with many talented founders, including at FreeAgent CRM, LeadIQ, Ninja Van, Carro, Akulaku, StashAway and Icertis.

Besides investing, Dave has also spent many years building and operating within the technology industry. He was previously a director at Oracle, leading strategic activities in its Cloud business. He was also an early employee at enterprise SaaS pioneer Zuora (NYSE: ZUO). Prior to that, Dave advised major corporate leaders as a management consultant at the Boston Consulting Group. He began his career in product development and engineering as a software engineer at Oracle, delivering multiple major product releases.

Dave graduated from Carnegie Mellon and Harvard. In his free time, he enjoys sharing his experiences and discussing exciting innovations with fellow entrepreneurs.

At Openspace, Gervin is an important leader in our investment team and is heavily involved with our portfolio companies in the Philippines.

He has over ten years experience in investment management in both public and private markets, and was most recently part of the Franklin Templeton Emerging Markets Equity Team, where he covered the technology sector. Prior to that he worked in Deutsche Bank, Singapore.

Gervin holds a BSc in Economics, with a Major in Finance, from the Singapore Management University (SMU.)

I am an entrepreneur, educator, and executive with a twisted love for numbers.

With my foundation in math education and M&A, I had the desire to shake up the corporate world. I learned that writing business plans will not change the world, so I decided to work on an alternative, the Business Model Canvas.

In 2015 I moved from The Netherlands to San Francisco to expand my company to Silicon Valley and New York. I've guided many global multinationals, as well as startup entrepreneurs on their innovation journey. I am passionate about turning great ideas into real business, and you might hear me say ’stop the blah blah blah’ and ‘reports and business plans are useless’.

In 2020 I moved to Singapore, where I started Epic Angels, an investor network of female executives and operators who have built and expanded companies in all parts of the world. It is our mission to democratize angel investing, by making angel investing accessible and giving women the confidence to invest.

Research shows, investors tend to back those they perceive similar to them. Instead of trying to convince male investors to invest women, we need to focus on increasing the percentage of female investors. We need to close the financial gender gap.

I am a regular speaker at conferences. I've created many (online) masterclasses, am a professor at universities and MBA’s and mentor for several start-up accelerators. 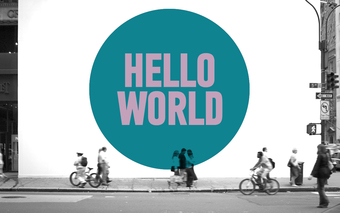 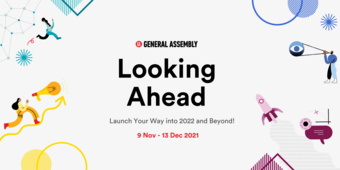 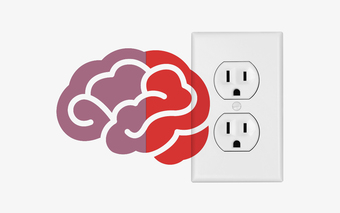 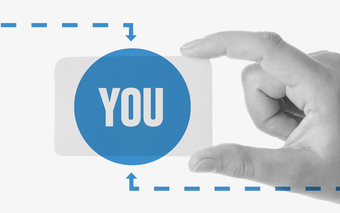 Non-Tech Roles in Tech: How to Leverage Your Transferable Skills for a Tech Job
Tuesday, 7 December
​