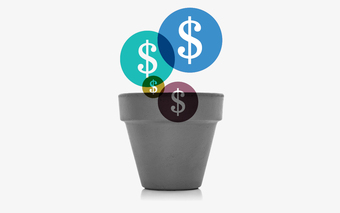 Follow this class to get an email the next time it’s scheduled.

Follow this class to get an email the next time it’s scheduled.

Have you had that cool invention or product design idea in mind, but never known how to actually bring it to fruition? In this four-hour, interactive workshop you will have a chance to pitch your idea to the class. The chosen ideas will be worked on within smaller groups, taking each project through all of the steps you will need to build and structure a real crowdfunding campaign on Kickstarter or Indiegogo!

Don’t have a campaign idea? This class is still for you if you don’t have a specific idea to pitch, because within the overall class structure you will learn all the basics about how the major crowdfunding platforms work, the success stories, the pitfalls, and the important things to focus on for a winning campaign.

In the smaller group-work you will team up with others on one of the selected projects (either your own or someone else’s great idea). Each team will be able to bring a project to the point that: -Your product or project name is established -Basic social media is set up around the project -The overall financial goal is established -Your team has initial plans for the video, photos, and draft content -The campaign reward levels and chosen -All of the basic campaign elements have been designed -As a class, you will also learn and implement several important crowdfunding tools and methodologies to launch a good campaign.

You will set up a series of Google Sheets for tracking your campaign timeline, press outreach list, pledge levels, stretch goals, and many other useful campaign tools. Note: Each student will leave the class with these valuable Google Sheets templates for your own personal use.

Since the basic structures of real campaigns will be designed and created within the workshop, some teams may choose to pursue their team’s crowdfunding campaign outside of class. In order to help facilitate this we will have a suggested MOU (Memorandum of Understanding) that you can use to work together outside of class.