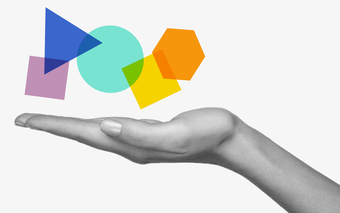 Creativity and collaboration have become essential skills in businesses that seek to grow through innovation. Fortunately, these are not inborn traits — to organizations or individuals — but skills that can be taught. Together, they form the cornerstone of Design Thinking (a.k.a. Human-Centered Design).

This hands-on bootcamp will lead you through the design thinking process. The class will explore how design thinking can be used to develop innovative solutions for the problems we face as businesspeople, non-profit leaders, entrepreneurs, and global citizens. Participants will leave with a handful of practical, portable skills that they can apply to their next challenge.

Eddie Shieh currently owns Stance Coaching, a business that uses a Design Thinking-influenced approach to help minorities in tech redesign their lives around authenticity and purpose.

Previously, he was a Design Coach, facilitator and trainer at DesignMap, a design consultancy committed to improving the workplace through enterprise UX, where prior he was a Senior UX Designer working with clients like HP, ebay, TriNet and NetApp. Before that Eddie was a UX Designer at Samsung’s UX Innovation Lab, after which he was a design team of one at a tiny stealth startup.

Eddie has led several workshops with business leaders and designers from companies like Schwab, Wells Fargo, ebay and Asana to help create and strengthen design-led collaborations within their teams and organizations. He believes that “Culture eats process for breakfast.” (Drucker) and the most important factor in the success or failure of Design Thinking at work and in life is one’s appetite and curiosity for the unknown.

Eddie has an MFA in Computer Arts from the Academy of Art and a Bachelor's Degree in Studio Art from the University of Maryland where he studied drawing, sculpture and printmaking and studied abroad in the Galapagos Islands. He loves to nerd out on deep life stuff, play board games, cook with his InstantPot and hike with his wife Nicole and their dog Momo.