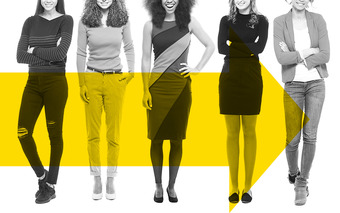 Join five inspiring female leaders from the tech and business world as they share their learnings, challenges and secrets to success.

This event is an opportunity to learn from the best - serious wisdom, from seriously cool women, all designed to supercharge you and your organization’s success. Come along if you want to learn, be inspired, connect with great people and have some fun while you’re doing it.

This event is of course open to all genders — anyone who supports the careers of women in business and tech is welcome to attend.

Caitlin McAllister is the COO of Workbox. Prior to Workbox, Caitlin was the Executive Director of Catapult Chicago, one of Chicago’s oldest tech incubators. Caitlin has also held executive roles at Starwood and IHG responsible for managing teams of up to 75 employees while developing experiential programming and managing strategic partnerships within the luxury brand segment. Caitlin holds a BA from the University of Portland.

Tiana S. Clark is the Channel Sales Chief of Staff for Microsoft Corporation. Over her 9-year tenure at Microsoft, she’s also been the Marketing and Operations Enterprise Commercial M365 Marketing Director, leading product marketing for the $21B business; Services Sales Enablement Leader, where she built the first-ever Microsoft Sales University supporting $2B in quota; Services Sales Specialist, where she managed a territory of some of the largest and most strategic Enterprise Commercial accounts; and Strategic Account Manager, where she led the way for process improvement and role upskilling.

Known as the "Oprah for Tweens," Tiana is also the Hollywood-award-winning creator of Soci Circle, a preteen web series critically acclaimed as the modern-day Mister Roger's Neighborhood. Soci Circle prepares the next generation to leave the world better than they found it through confidence, inclusion, and kindness, and builds a strong community of young girls who will lead the future with empathy.

Prior to Microsoft and Soci Circle, Tiana was a Global IT Program Management and Business Analyst for Fortune Top 10 Valero Energy Corp, where she led the IT adoption and change management efforts for the global acquisition of Chevron UK -- a role created by Tiana when she saw a gap in the business.

Tiana is also a United States Air Force Veteran. In the Air Force, she trained fighter pilots on enemy missile systems evasion, led war target strategy during OPERATION IRAQI FREEDOM (while completing her college degree), and led the digital transformation from paper to digital mapping of pilot training routes in the United Kingdom.

Tiana is also a former at-risk middle school teacher, who brought exceptionality out of her students when they succumbed to the low expectations that had been set for them. She was hand-selected by Susan L. Taylor of ESSENCE magazine to found and lead the San Antonio CARES Mentoring Movement, a nonprofit mentor recruitment organization awarded by Big Brothers Big Sisters for recruiting mentors for its long waiting list of youth seeking guidance and direction.

A strong advocate for Diversity and Inclusion, Tiana is a Blacks at Microsoft (BAM) Chicago Senior Leadership Team member, and has been a guest speaker, panelist, and voice for many organizations including Microsoft and The Tory Burch Foundation.

Tiana and her husband, Royal, have four amazing children – Mikayla (14), Madysan (11), Royal IV (6), and Elle (4). She loves to travel internationally (she lived in the UK for 3 years), and one of the coolest things she's ever done is fly an F-15 Eagle fighter jet over England and sip champagne on the tarmac afterwards.

Some of Tiana's most notable achievements include:

TechNexus is a venture investment company that builds startup ecosystems to generate insights and growth. We’ve incubated hundreds of ventures over the last decade and have spent years fostering collaboration within the global entrepreneurial ecosystem. Today, TechNexus is one of the most active venture investors in the country, targeting investments that lead to strategic collaborations with corporate partners.

At the epicenter, is our spacious collaboration center located in downtown Chicago. The network of on-site companies and events hosted at TechNexus powers innovative partnerships and builds meaningful connections. Learn more about how you can work with TechNexus by emailing us at collaborate@technexus.com.