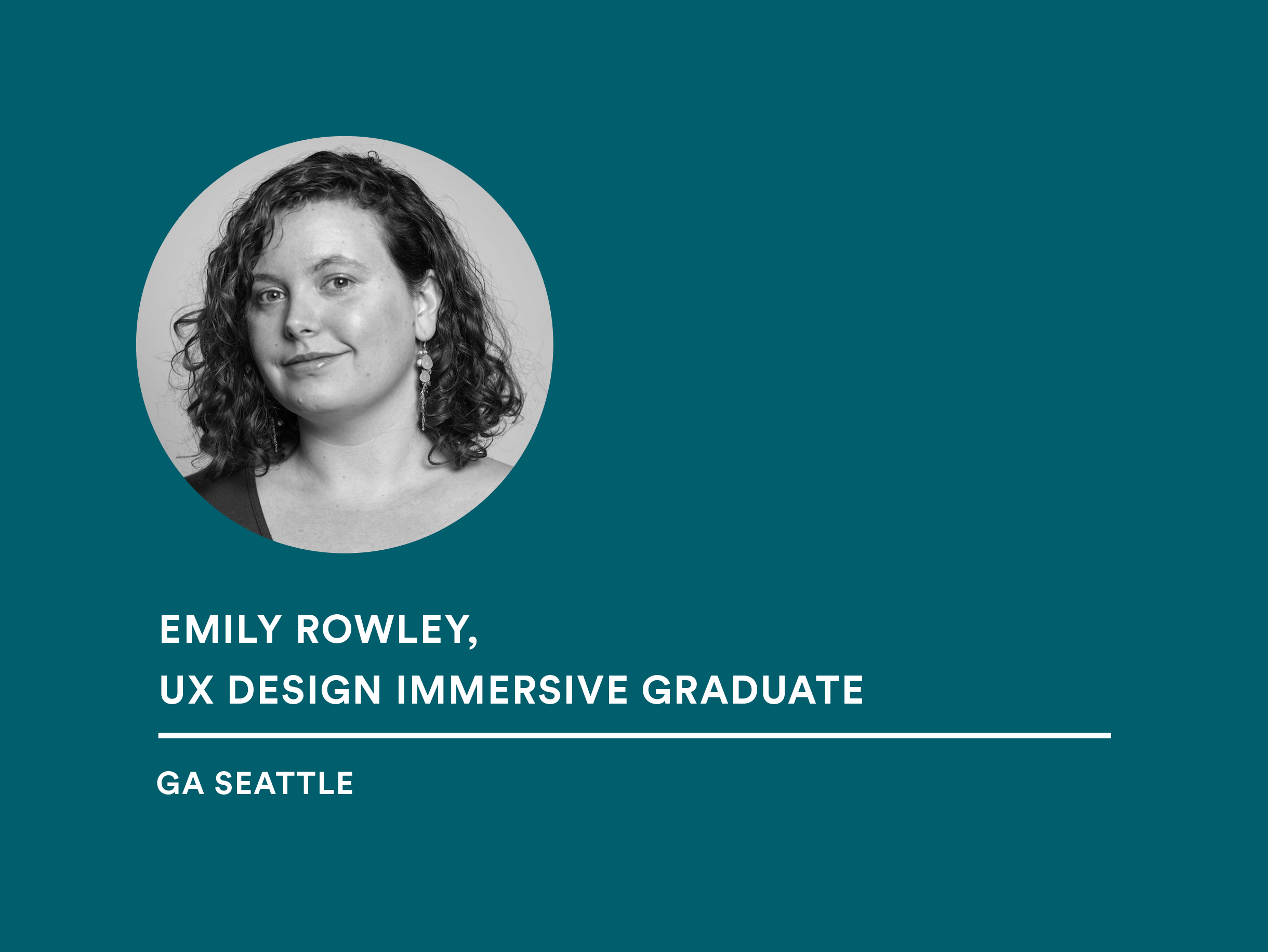 As a video game artist, Emily Rowley created works of art for an online fashion game. But when an unexpected layoff pushed her back into the job market, she landed in a difficult position. “I found that my skills had become too specialized,” says Rowley. “As the sole provider for my three-year-old daughter, I knew I had to make a shift into a higher paid, more marketable career — and I had to do it quickly.”

Her sights set on a new career, Rowley began researching. She found that user experience (UX) design was a natural next step in her career path: “The more I read about UX,” she says, “the more I realized it was something that I had been doing instinctively in my design career ... listening to users, researching trends, paying attention to feedback.” It wasn’t until a friend guided her to General Assembly Seattle that Rowley saw the right fit with an educational program. The User Experience Design Immersive (UXDI) program offered the right combination of relevant skills and career support, plus a schedule that suited Rowley’s childcare needs, allowing her to work toward the change she needed in her professional life while also raising her young child.

The UXDI program built on Rowley’s prior design experience, helping her think like a UX designer, build a robust portfolio, and be prepared to excel in interviews and, eventually, in a new role. The hard work Rowley had to put into the program really prepared her for a future career in UX design. She says that “hustling after class” was necessary to succeed and that she received the ideal amount of guidance without too much “hand-holding.” “The skills that you learn here are broad enough to carry you through any industry,” she reports.

Graduation day wasn’t the end of Rowley’s GA story. The entire Outcomes team — whose job is to support you from the start of the course until you land a new role — helped her throughout her journey: “[They] really went above and beyond to encourage me in my job search. Anyone on that team, not just my coach, was more than willing to sit with me and give feedback or advice.”

This support from the Outcomes team helped Rowley find and land a UX designer position at tech and software giant Oracle. She says that UXDI’s emphasis on design thinking and user focus directly helps her do her best work in her new role. As a result, Rowley has seen not only a 40% pay increase and improved upward career mobility, but also a deeper sense of satisfaction. “Seeing my design come to life and become part of the console was really amazing ... It’s really wonderful to be working on something that has direct impact on users.”

Translate your creativity into today’s digital language with UX design. Whether you goal is to start a brand new career, elevate your current role with in-demand skills, or just want to try something new, you can achieve it with GA — online or on campus.

Learn how to leverage usability testing, research, wireframes, and more in this part-time UX design course.

Learn to design digital products that delight users and anticipate their needs — with mentorship from a UX expert.

Dip your toes into the world of UX design with skill- and career-boosting evening and weekend events led by industry pros.