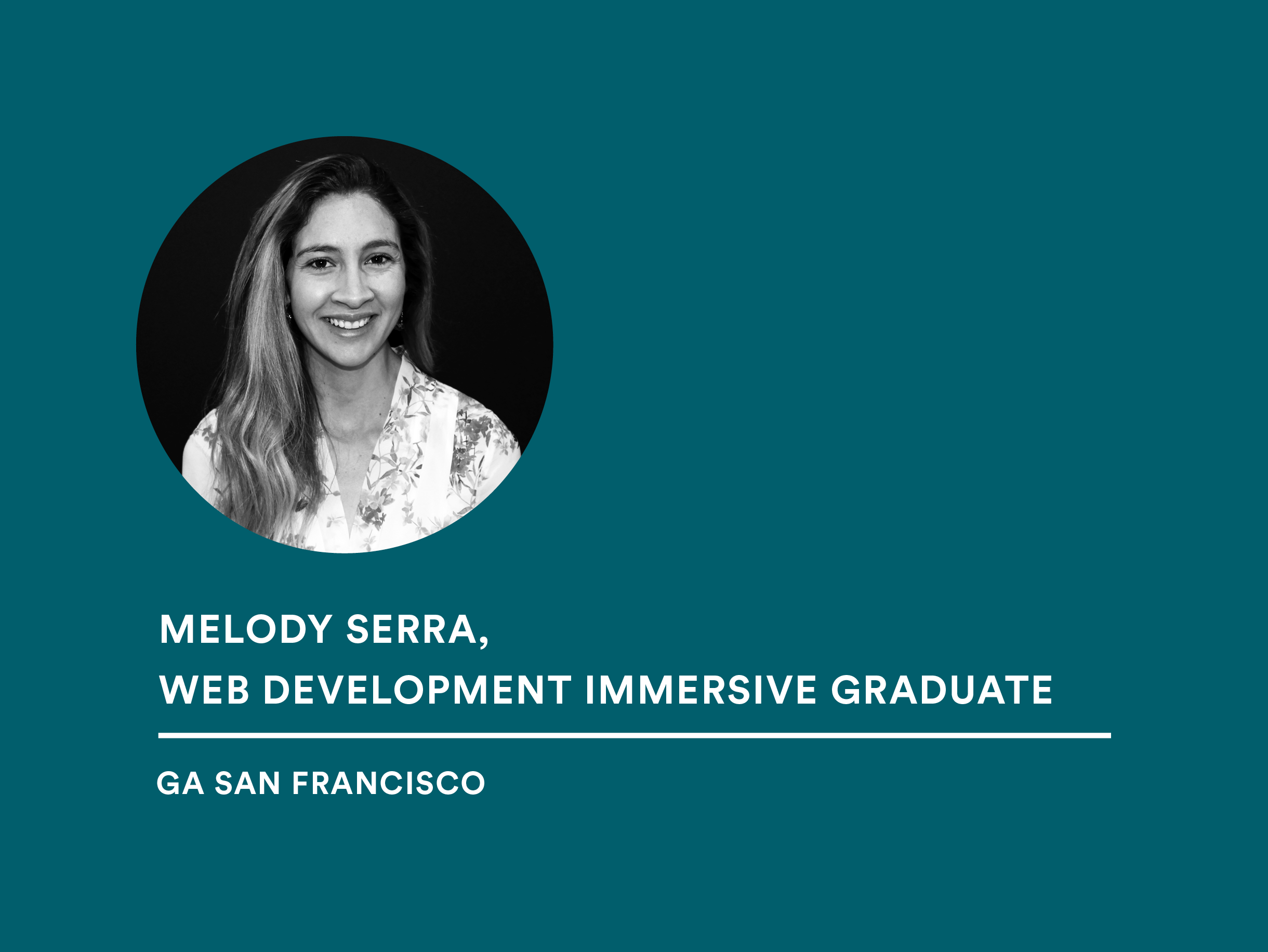 Melody Serra (Web Development Immersive, San Francisco) began her web development journey when she saw students in a Bay Area private school learning how to code, a vital skill set which wasn’t offered in the public school where she taught previously. Serra made it her mission to teach communities facing barriers to tech education how to code — but first she needed to learn how to do it herself.

In General Assembly’s 12-week, full-time Web Development Immersive (WDI) course in San Francisco, Serra dived deep into the coding languages and problem-solving strategies needed to become a full-stack developer. "Although WDI was one of the most difficult challenges I’ve had to overcome, it was also one of the most rewarding," she said.

After completing WDI, Serra volunteered at the San Quentin State Prison’s Last Mile program, teaching coding skills that individuals could use to build a career after they leave prison. Since then, she has returned to GA to teach web development, and is also a full-time tech instructor for Year Up, a work training program for young adults. "I’m so thankful to General Assembly for providing me with the skills I needed to empower others to pursue their dreams,” she said. "After WDI my life has never been the same. General Assembly opened so many doors."