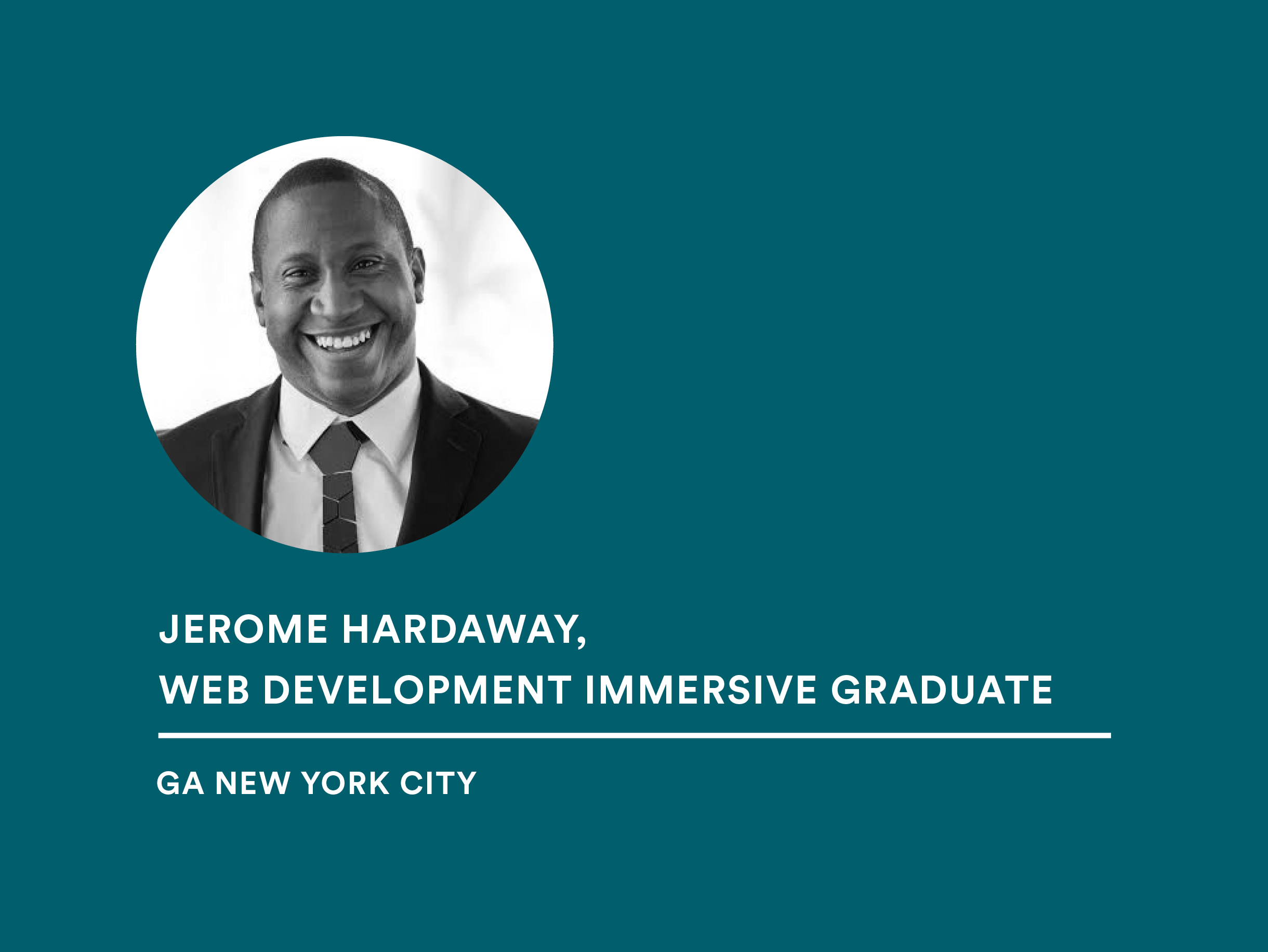 Jerome Hardaway (Web Development Immersive, New York City) like many other veterans returning to civilian society, struggled to find his path after serving in the Air Force in both Iraq and Afghanistan. Hardaway craved a more creative career and knew the tech industry was growing rapidly, so he decided to pursue web development through General Assembly’s Web Development Immersive course in New York. “I saw a post about GA’s Opportunity Fund scholarship on Facebook, and thought it would be a chance for me to hone my skills as a web developer and earnestly pursue a career in tech, so I went ahead and applied,” he said.

After completing the program, Hardaway founded the nonprofit organization VetsWhoCode, through which he works to inspire and empower other veterans and servicemembers to pursue training and jobs in tech. “I tell people I’ve gone from no job to having one. I can’t understate the importance of General Assembly,” he says. Hardaway is also excited to defy stereotypes. “As an African American and a combat veteran, there are a lot of stigmas to break, both in tech and in the general population,” he says. “I’m happy to be paving the way for other veterans to pursue a career in tech post-military.”