Alumni Story: A Force to be Reckoned With 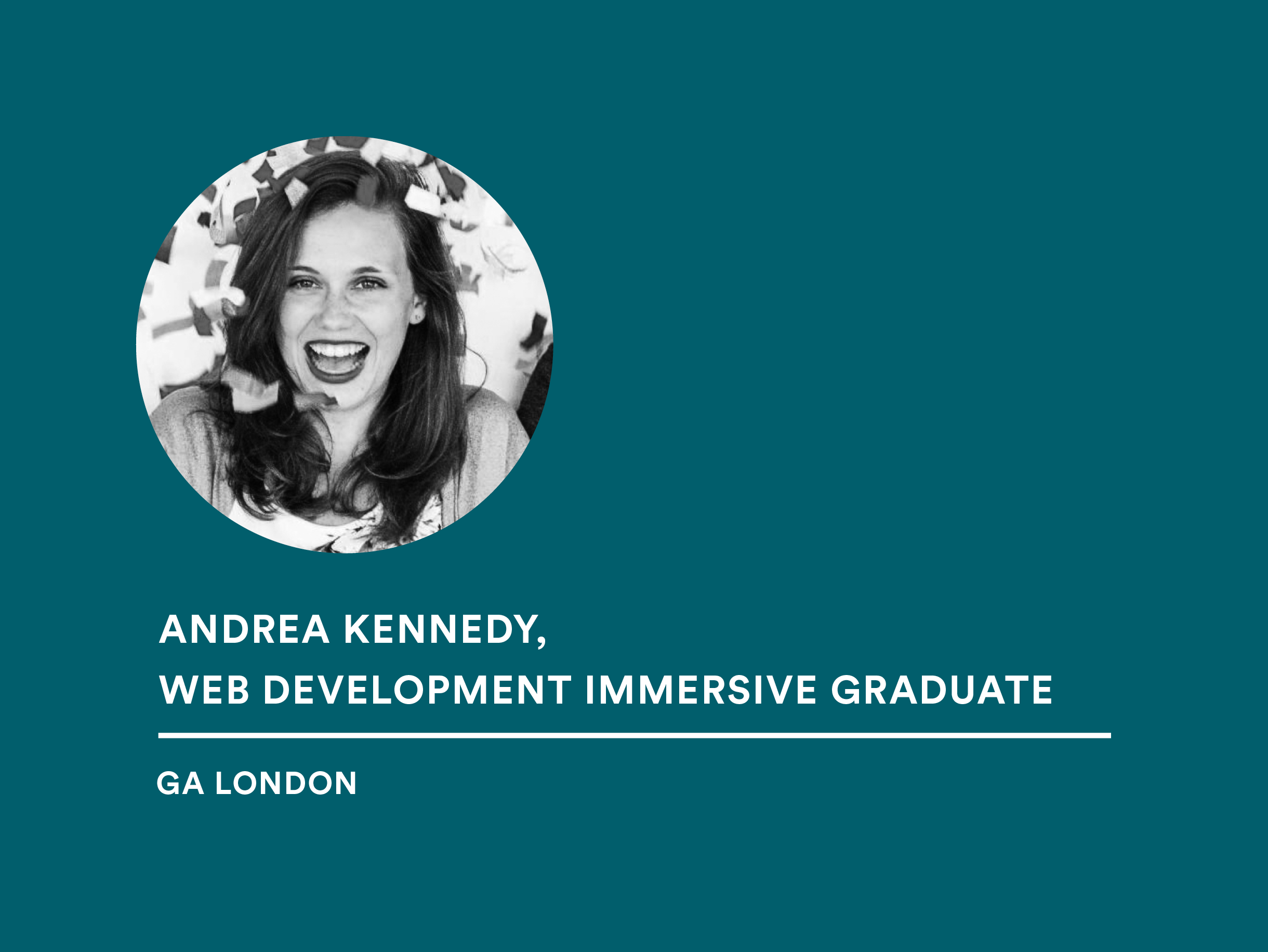 Like millions of us, Andrea Kennedy (Web Development Immersive, London) grew up a Star Wars fan. Flash forward to 2015, when instead of watching The Force Awakens in the theatre, she was rubbing elbows with its cast at the European premiere. A graduate of General Assembly’s second-ever Web Development Immersive course in London, Kennedy works as a front-end developer and technical project manager for the London-based creative studio Powster. When the firm was tasked with creating the official U.K. home page for the film, she played a major role in building out the styling, animation, and functionality of its pages.

Kennedy turned to coding while working as a historical research consultant. “I was frustrated by the lack of permanent positions in the heritage and museums industry,” she says. “I wanted to skill up without going back for a second master’s degree, so I started looking at tech programmes.”

That’s when she found GA — and the Force. “I definitely wouldn’t be at this company, working on the Star Wars site, without having retrained through General Assembly,” she says. “It’s made a huge impact on my life. Learning to code opened so many doors to an industry I was previously completely uninvolved with.”

Kennedy has also leveraged her skills to teach budding developers at GA’s London campus. “I’ve had the experience of going from total newb to competent developer, so there is an element of being able to relate to what is often a pretty shocking coding-learning curve,” she says.