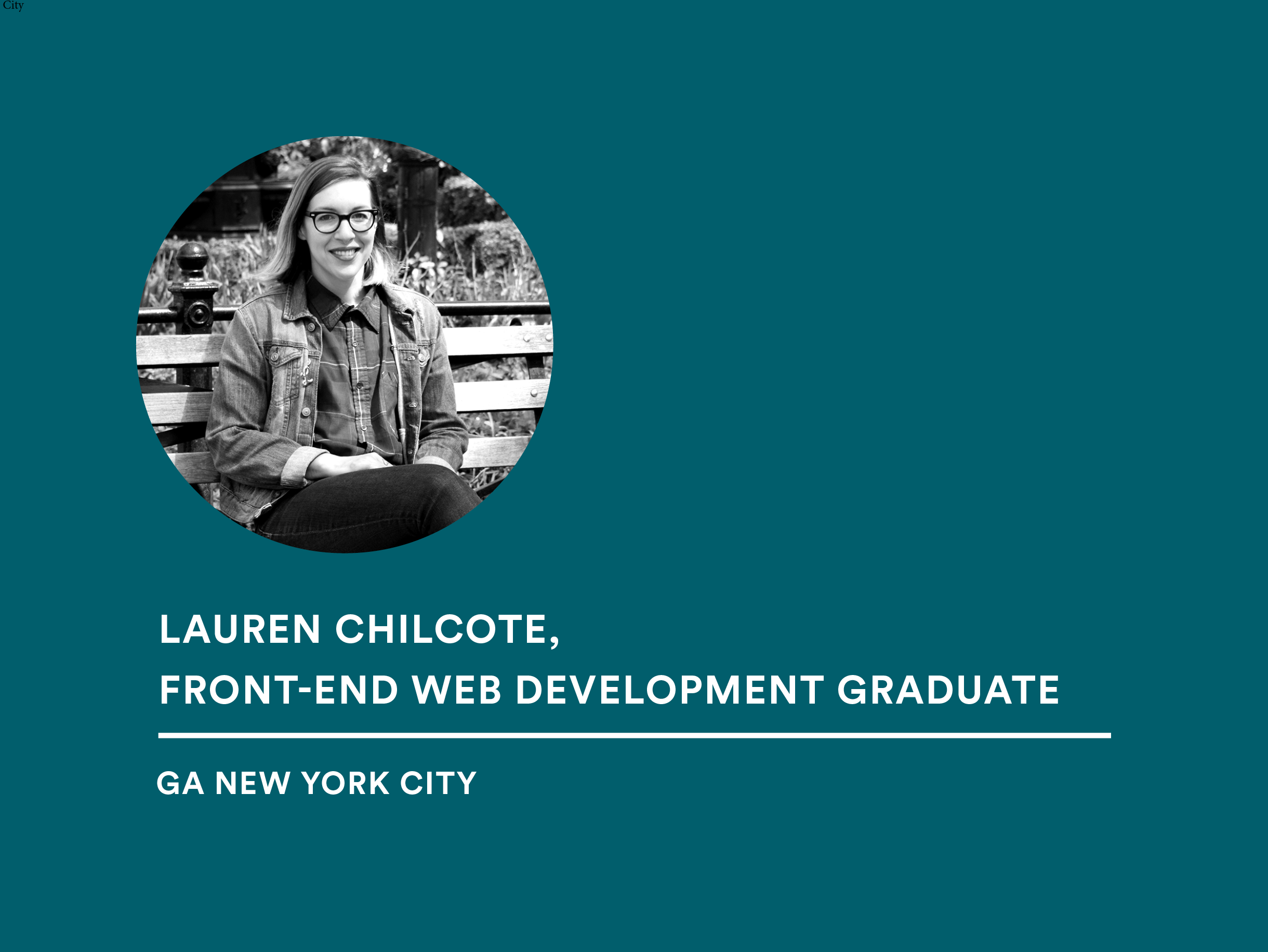 Originally trained as a fashion designer, Lauren Chilcote (Front-End Web Development, New York City) found herself in a job as surprising as it is essential: designing underwear at an intimate-apparel company. Eventually, though, she found the role monotonous, and wanted more from her career than creating the world’s undies.

For fun, Chilcote had taught herself the basics of HTML and CSS, but she wanted a more structured learning environment to help make coding her career. “In contrast to garment or print design, web apps feel more like living, breathing pieces of work,” she says of her decision to enroll in General Assembly’s Front-End Web Development (FEWD) course at our New York campus. “There's immediate gratification in writing code and viewing your work locally, designing in the browser and debugging. There's a tighter feedback loop that allows you to iterate on your work faster and make improvements.”

With new skills and networking opportunities, she got real-world experience through a freelance gig overhauling a local restaurant’s website, which led to a full-time role as a design technologist at the career advice startup Talent Inc.

“FEWD was the challenge my brain had been craving,” says Lauren, who splits her time between front-end web development and design to help Talent’s clients revamp resumes and get job interviews. “I wanted a change, and GA was the right stepping stone.”