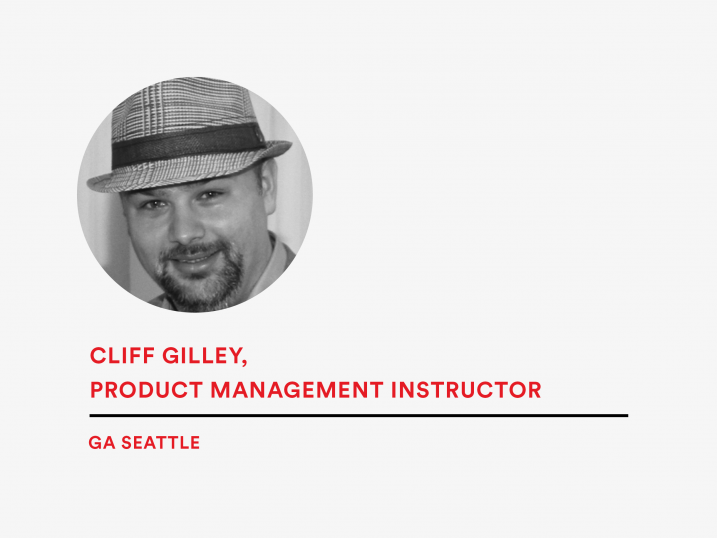 How would you define product management in two sentences?

Product management is the practice and profession of determining what to build, when to build it, and for whom you’re building a solution. It is the lynchpin of a successful product-based company, and a hub around which all activities of the company revolve.

What do you love about product management?

Product management is the ultimate “jack-of-all-trades" role in a healthy organization; you get to do a little bit of work across a lot of areas. It's one of the few roles in a company in which you literally can't predict what you'll be doing in any given week because you're likely to be needed to contribute to the success of so many other teams.

What are some examples that embody what product management can and should accomplish in real life?

The best product managers are almost destined to become entrepreneurs in their own right — once you’ve mastered the ability to identify valuable problems and shepherd solutions through the development process, the natural next step is to start a business of your own. The soft skills that product managers need to succeed, like facilitating decisions and active listening, allow them to establish strong, lasting bonds among their company stakeholders and their external customers, which in turn leads to a wide variety of opportunities for advancement and lateral movement in their industry.

What was your path to becoming a teacher and leader in product management?

One of my colleagues had to bow out of a product management roundtable that GA was holding a couple years back, and I was happy to step in and take his place. I met a few people at that event, and it led to an invitation to teach a 10-week product management course, which was my first of several teaching experiences with GA. That introduction, combined with my efforts to spread PM knowledge with my blog The Clever PM, has led to many wonderful opportunities to influence people’s careers for the better. Every class and every student has some surprise waiting in store, and with those come opportunities to better myself as a PM and as a person while giving them guidance in their career.

Why did the opportunity to teach at General Assembly appeal to you?

I’ve been teaching with GA since 2015. I signed on because the feeling of community and camaraderie within the organization is simply amazing, and I really feel that the organization as a whole is focused on providing its students an opportunity to grow and move into new career paths, not just handing them a certificate and letting them figure out the next step themselves.

I strongly believe that everyone in my class can learn as much from one another as they can from me. My job as an instructor is to provide structure and facilitation for engaging and lively discussions about interesting and relevant topics in which my students bounce ideas off of one another, and me.

I once had a student move into a formal product manager role right in the middle of our 10-week course. It was the goal she’d had for after the class, but the right opportunity opened up and she was able to leverage what she’d learned to roll directly into the position.

I’ve honestly never had to push a high-achieving PM student to go above and beyond. They’ve often simply done it themselves! Whether that meant creating an actual interactive prototype of their product, or leveraging the judges from our final projects to get post-class interviews, one thing about high-achieving PMs is that they’re self-starters and go-getters!

Why should someone learn product management at GA?

General Assembly focuses on the practical application of things that most other product management programs treat like theoretical topics — subjects like customer focus, customer development, agile and scrum practices, and even UX and stakeholder relationships. It’s very easy to delve deep into the theoretical and academic side of each of these important areas of focus, but it’s far more useful for someone who wants to be a product manager to understand how the theories bend to the reality of day-to-day operations in the real world. By relying on current and knowledgeable practitioners as their instructors, GA courses bring real-world needs to the classroom and prepare students to hit the ground running instead of just “understanding” the theoretical application.

All of GA’s courses are highly collaborative and outcome-driven. Students seek to help their classmates to excel, and aren’t just there to put in the hours so that they get a certificate at the end. The ability to leverage GA facilities and programs throughout the world provides alumni with an ever-expanding range of opportunities to connect and learn from experts who represent a vast range of cultures and environments.

A superstar product manager is someone who knows how to find the data to support their decisions, knows when data isn’t sufficient and is willing to make decisions without it, and who can influence others in the organization to make changes needed to bring satisfaction and delight to their customers.

What personal qualities will set someone up for success in your industry?

I think there are several qualities that set someone up for success in product management:

After taking GA’s Product Management course, what is the best way for individuals to get practical, real-world experience in the field?

Build something. There’s nearly zero barrier to entry to create a mobile application or a website, and there are thousands of free online resources that you can leverage to bring some idea living in the back of your head to life. I hacked together an app over a weekend that now has almost 18,000 downloads, just because it happened to solve not only the problem I had, but that 18,000 other people also had. It doesn’t have to be fancy, it doesn’t even have to be widely adopted. It just has to start from your head and end on someone’s device.

Ask a Question About Our Business Programs

Learn to launch products and features that anticipate user needs and solve customers’ problems in this 10-week part-time course.

Discover how insights into customer behavior through user research and more can optimize any product or service in this part-time course.

Learn to acquire, retain, and convert customers, and optimize your campaign performance with this part-time online course.